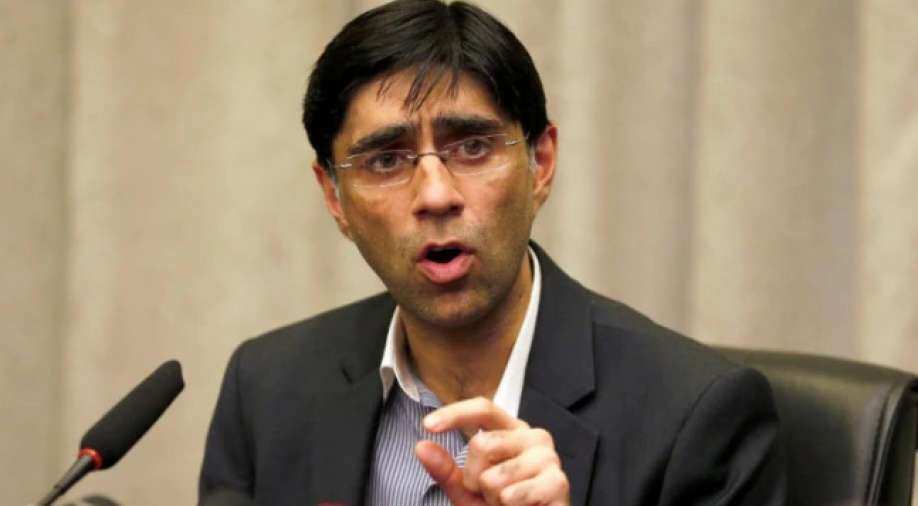 The development comes after Mawllawi Sanaullah Sangin, Commander of Taliban had warned that it would not allow fencing by Pakistan along the Durand Line

Amid escalating tensions on the Durand Line over border fencing, Pakistan’s National Security Advisor Moeed Yusuf will be visiting Kabul later this month in a bid to ease the simmering tensions between the two nations over the contentious issue.

A high-level meeting of the Afghanistan Inter-Ministerial Coordination Cell was convened on Thursday in Islamabad where it was decided to send Yusuf to Kabul, according to Dawn newspaper.

“A senior delegation of Pakistani officials, headed by the NSA, is scheduled to visit Afghanistan soon for further engagement with the Afghan government on all assistance-related prospects,” the report said, quoting the statement from the meeting.

Even though the date for the NSA’s visit is yet to be finalised, Dawn, quoting sources, reported that the visit could probably take place on January 17-18.

The development comes after Mawllawi Sanaullah Sangin, Commander of Taliban had warned that it would not allow fencing by Pakistan in any form along the Durand Line.

“We (Taliban) will not allow the fencing anytime, in any form. Whatever they (Pakistan) did before, they did, but we will not allow it anymore. There will be no fencing anymore,” Sangin had told Tolo News on Wednesday.

“Certain miscreants are raising the issue unnecessarily, but we are looking into it. We are in contact with the Afghan government. Hopefully, we would be able to resolve the issue diplomatically,” Qureshi had said during a press conference in Islamabad on Monday.

The Durand Line is the 2,670-km international border between Afghanistan and Pakistan. In December, Pakistan and the Taliban forces clashed twice over the border fencing issue.

Pakistan has reportedly completed almost 90 per cent fencing work along the border despite resistance from Kabul, who contested the century-old British-era boundary demarcation that splits families on either side.