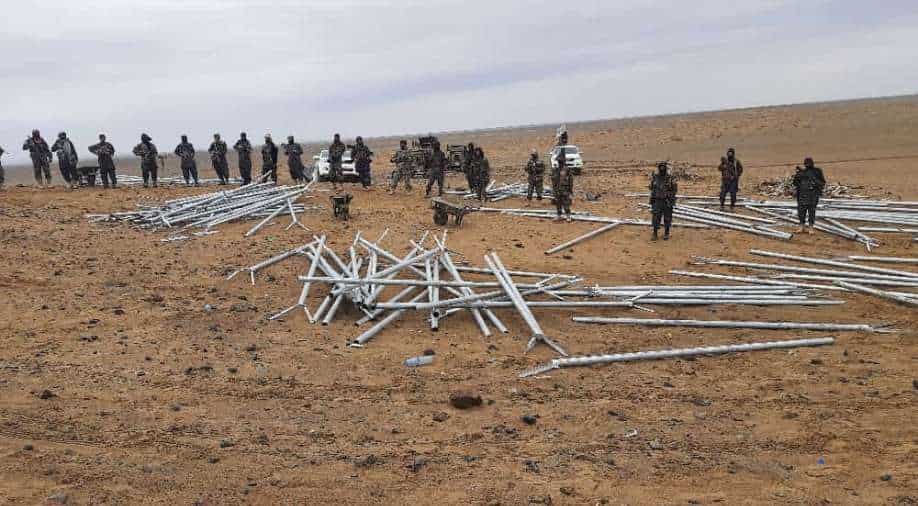 It is being reported that the Pakistani forces tried to extend the border fences 10 kilometres into the Afghanistan territory, prompting the Taliban personnel to tear down the barbed wires

For the second time in a week, the Taliban and Pakistani forces clashed at the Durand Line border after the latter allegedly tried to extend the barbed wire fences into the Afghanistan territory.

According to local media reports, the clash took place on Thursday in Afghanistan’s southeastern Nimroz province at Charborjak district.

It is being reported that the Pakistani forces tried to extend the border fences 10 kilometres into the Afghanistan territory, prompting the Taliban personnel to tear down the barbed wires.

On December 22, both the forces had clashed in the eastern Nangarhar province over the fencing issue.

According to the Afghanistan-based Khama Press (KP) news agency, the Taliban forces uprooted barbed wires erected by the Pakistan security forces and brought it to Afghanistan.

A video of the incident had gone viral, showing Afghanistan forces threatening their Pakistani counterparts with harsh repercussions if another attempt was made to erect barbed wires along the border.

Previous Afghan governments and the new Taliban regime have often objected to Pakistan fencing its border, saying that they have never approved its legitimacy.

The border is named after British civil servant Sir Henry Mortimer Durand who signed an agreement with Amir Abdur Rahman, then the Afghan ruler, on November 12, 1893, to establish an international border between British India and Afghanistan.