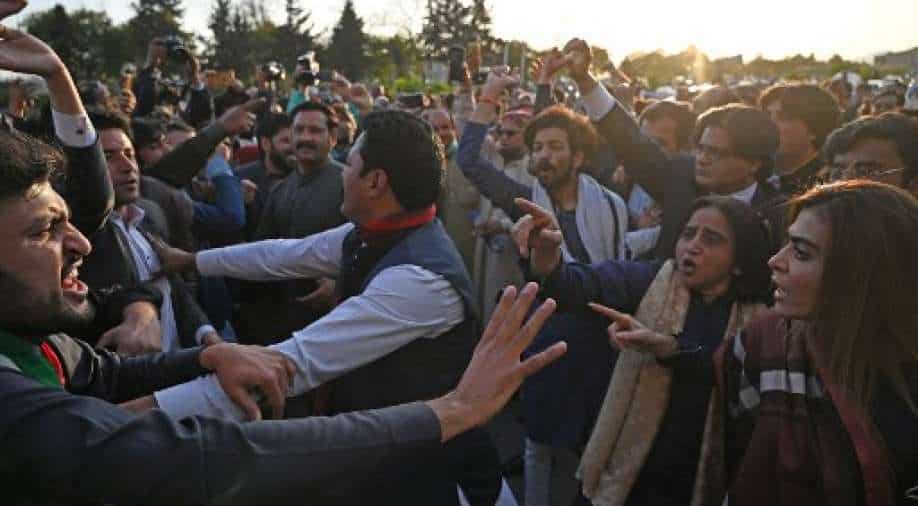 Pakistan Peoples Party(PPP) had earlier expressed reservation over resignations and had sought time to respond with the leaders expected to hold a meeting of the central executive committee.

The joint opposition in Pakistan has postponed the long march demanding PM Imran Khan's resignation amid differences on mass resignations.

The alliance of eleven opposition parties, the Pakistan Democratic Movement(PDM) had announced that a huge anti-government long march would descend on Islamabad on March 26 to force the government to resign and pave the way for fresh elections.

However, the main bone of contention between the top opposition leaders remains the mass resignations. The PDM meeting failed to chalk out a consensus strategy due to divergence of views on the issue of en masse resignation from Parliament.

Pakistan Peoples Party(PPP) had earlier expressed reservation over resignations and had sought time to respond with the leaders expected to hold a meeting of the central executive committee.

According to sources, PPP leader and former president Asif Ali Zardari opposed resignation and said his party will only do so if PML(N) chief and former premier Nawaz Sharif returned from London where he has been staying since 2019 due to health concerns.

Meanwhile, in a major embarrassment for the Imran Khan government, Pakistan's Supreme Court expressed its displeasure with the government saying that the government was incapable of running the country or making decisions.

The Imran Khan-led government has been slammed over its failure to convene a meeting of the council of common interests (CCI) for the last two months.