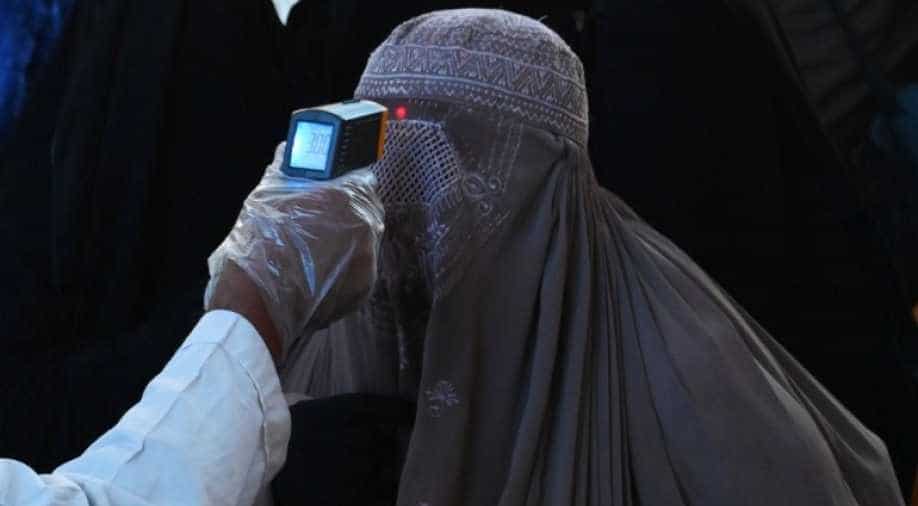 A patient getting checked in Pakistan. Photograph:( AFP )

Punjab became the worst-affected regions with 914 cases followed by Sindh with 724 confirmed reports.

The number of confirmed coronavirus cases surged to 2,355 on Thursday in Pakistan, local media reported. While 32 people succumbed to the deadly virus.

Punjab became the worst-affected regions with 914 cases followed by Sindh with 724 confirmed reports. In Khyber Pakhtunkhwa, 276 people have been confirmed of the virus while Balochistan had 164 cases.

About 107 others have recovered so far.

As the number of cases continues to grow, the Pakistan Army chief called for "national unity" to fight the COVID-19 outbreak.

“The Commander of Army Air Defence Command, Lieutenant General Hamood Uz Zaman Khan, has been designated as chief coordinator of NCOC,” ISPR said in a statement as Pakistan prepares to fight the pandemic.

Dr Zafar Mirza said that twenty-one per cent of those hit by the virus has recovered numbering 82.

Meanwhile, Pakistan's minister for planning and development Asad Umar said that restrictions in the country will continue to be in place till at least April 14.