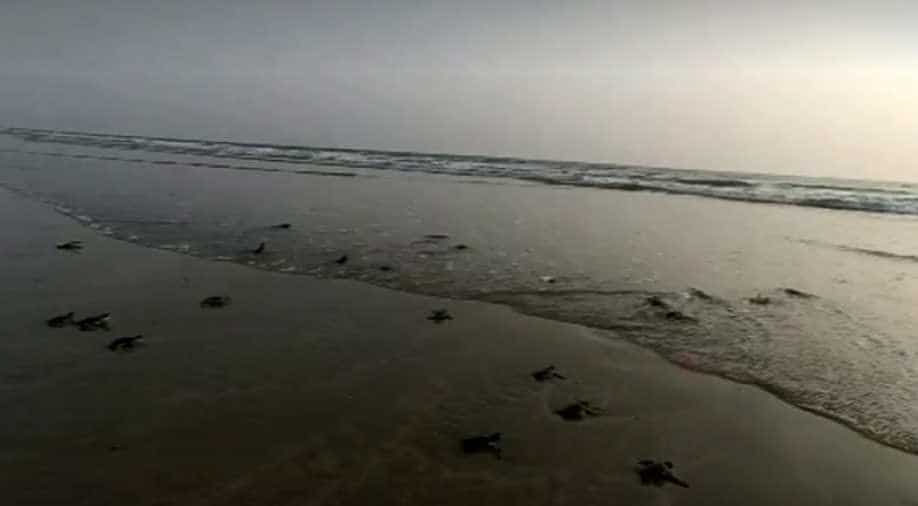 Sea turtles can live up to 100 years

Green sea baby turtles in hundreds were released into the Arabian Sea by Pakistani wildlife officials in a conservation bid that has been going on for a decade.

Nesting was interrupted by storms in the Arabian Sea recently, but more than 4600 sea turtle babies have been released into the ocean.

Sea turtles can live up to 100 years.

According to the Sindh Wildlife Department, green sea turtles arrive at the beaches of Hawksbay and Sandspit to lay eggs during this time.

The eggs are usually looked after by the department staff for 40-60 days in the Marine Turtle Conservation Nursery before they hatch.

They are then released back into the Arabian Sea.