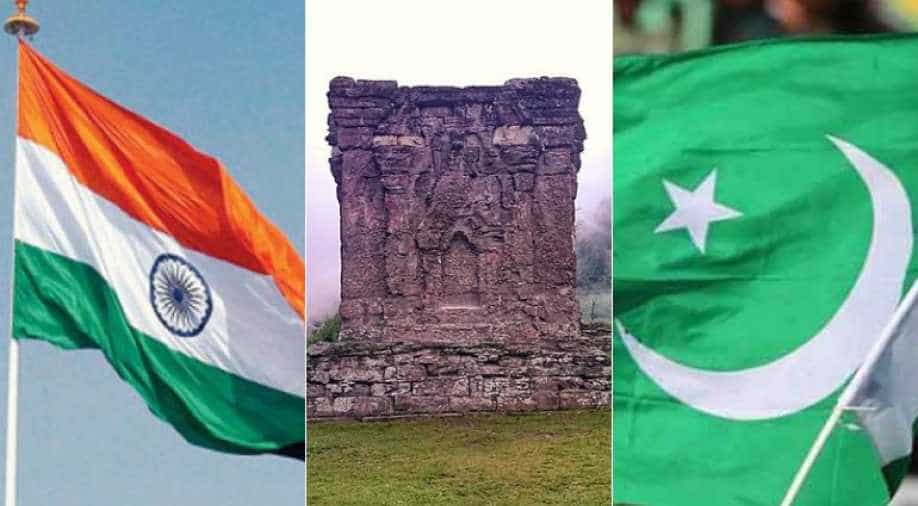 Pakistan foreign ministry has submitted a proposal to Pakistan Prime Minister Imran Khan for consultations to open the temple.

Pakistan might be on a verge of opening a corridor so that the Hindu community in India can visit the revered Sharada Peeth in Pakistan occupied Kashmir(PoK).

Informed sources in Pakistani government have said that the Pakistan Foreign Ministry has submitted a proposal to Pakistani Prime Minister Imran Khan for consultations to open the Sharada Temple in Pok.

Indian government sources, reacting to the development said that New Delhi had made this request several times as part of the Composite Dialogue between India and Pakistan and the proposal was made keeping in mind the wishes and the religious sentiments of the people.

In fact, speaking in the Parliament, minister of state in the ministry of external affairs General VK Singh in December, 2018 had said,"The issue of religious tourism to Pakistan occupied Jammu and Kashmir (PoJK) has been raised from time to time. India has proposed pilgrim’s visit to shrines in PoJK, including Sharda Peeth. Pakistan has not concurred with the proposal so far."

Last year in response to a question by an Indian journalist on building a Sharada corridor in PoK, Pakistan Prime Minister Imran Khan had said,"For Hindu pilgrims, we will make things easy. We will encourage it."

Though the Sharada Peeth corridor is still a proposal and green signal has officially not been given, the consultation process regarding it is still continuing in Pakistan. The other stakeholders are yet to weigh in especially the all-powerful Pakistani army which has a say in everything the country.

Welcoming the development, Ravinder Pandita of the Save Sharda committee Kashmir told WION,"I am elated that in principle accord has been given to reopening of Sharda Peeth in PoK. The seat of learning of Adi Shankaracharya last occupied by Swami Nand Lalji - a Kashmiri saint will come live again. The yatra will resume after 70 years."

Ravinder Pandita added: "As head of Save Sharda committee Kashmir, I thank the establishment of both nations on this historic moment."

Tanveer Ahmed, an independent researcher and public policy activist from PoK told WION, "It would be the most significant pro-life measure taken in this region since the end of the British Raj."

Sharada Peeth as been ancient seat of learning in the Neelam Valley district of PoK and the last time a pilgrimage happened was in 1946. It is also one of the 18 Maha Shakti Peetha. Special No Objection Certificate (NOCs) are required to visit the area which remains in Pakistani occupation since 1947.

The news of Sharada Peeth corridor comes even as both India and Pakistan are working to open Kartarpur corridor so that pilgrims can pay respects at the Kartarpur Sahib Gurudwara in Pakistan. The first rounds of talks took place on 14th March at the Attri border in India while the 2nd round will take place on 2nd April at Wagah in Pakistan.