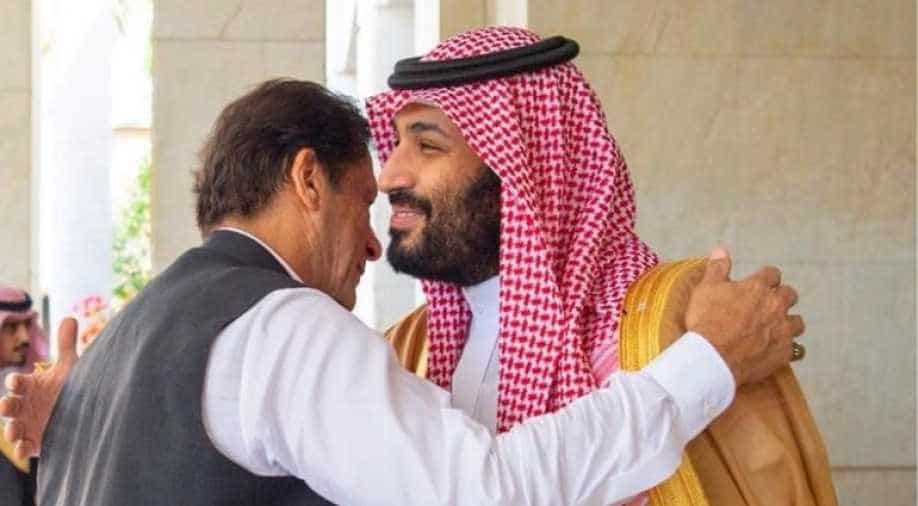 Pakistan has recently paid back USD 1 billion to Saudi Arabia, reiterating the fact that Islamabad is gradually losing the support of other Muslim countries.

Citing highly placed sources, The Express Tribune reported that Pakistan has given back Saudi Arabia USD 1 billion out of a USD 3 billion loan that it secured one and a half year ago to avoid default on international debt obligations after the kingdom decided to reduce its financial support.

The development comes even as Pakistan has been pushing for the foreign ministers` meeting of the Organisation of Islamic Cooperation (OIC) since India abrogated Article 370, which gave special status to the erstwhile state of Jammu and Kashmir.

In a report published by Dawn, a Pakistan diplomatic source confirmed that Saudi Arabia had shown reluctance to accept Islamabad`s request for an immediate meeting of OIC foreign ministers` on Kashmir.

After Pakistan failed to gather support from the OIC members on Kashmir on May 22, Prime Minister Imran Khan said, "The reason is that we have no voice and there is a total division amongst (us). We cannot even come together as a whole on the OIC meeting on Kashmir."

Though Pakistan reportedly made attempts to push its narrative of raising the issue of rising Islamophobia in India in its agenda, Maldives, an ally of India, thwarted the move and said, "Isolated statements by motivated people and disinformation campaigns on social media should not be construed as representative of the feelings of 1.3 billion."

Maldives Permanent Representative to the United Nations, Thilmeeza Hussain, said that alleging Islamophobia in the context of India would be factually incorrect.

"It would be detrimental to the religious harmony in the South Asian region. Islam has existed in India for centuries and it is the second-largest religion in India, with 14.2 per cent of the country`s population," she said.

While Pakistan is now on the verge of losing its Muslim friends, China is taking full advantage of the situation.

Coming to the so-called rescue of Khan, Beijing has become "time-tested friend" and has given a loan of USD 1 billion to "help Islamabad avoid any adverse impact of the partial withdrawal of the Saudi lifeline," The Express Tribune quoted sources in the Ministry of Finance and the State Bank of Pakistan (SBP) as saying.

Meanwhile, Pakistan`s top economic body has approved its costliest project to date as part of the multibillion-dollar China-Pakistan Economic Corridor (CPEC) agreement, giving the go-ahead for a USD 6.8 billion project to upgrade its railway lines, according to a report in Khaleej Times.

The sanctioning of USD 6.8 billion for the CPEC project is almost equal to Pakistan`s entire development budget for fiscal 2020-21, which is USD 7.9 billion.