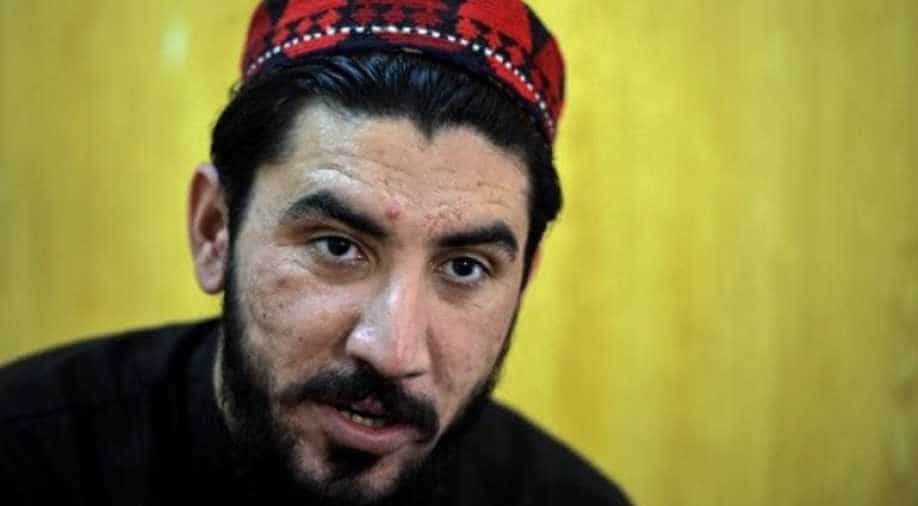 Manzoor Pashteen, chief of the Pashtun Protection Movement (PTM), was arrested last month on charges of sedition, hate speech, incitement against the state, and criminal conspiracy.

A Pakistani court Saturday ordered the release of a Pashtun rights leader critical of the military, his lawyer said, weeks after he was arrested on sedition charges.

Manzoor Pashteen, chief of the Pashtun Protection Movement (PTM), was arrested last month on charges of sedition, hate speech, incitement against the state, and criminal conspiracy.

His lawyer Saeed Akhtar told AFP that he had already been bailed on three of five complaints against him.

"Today the court has granted him bail in the remaining two, against surety bonds of one hundred thousand rupees ($650) each," Akhtar said.

He added that he hoped Pashteen would be released from jail later Saturday. A government prosecutor also confirmed the bail to AFP.

Pashteen, a former veterinary student, and the PTM have rattled Pakistan's military since 2018 with calls to end alleged abuses by security forces targeting ethnic Pashtuns in the restive tribal areas along the border with Afghanistan.

Once plagued by militancy and unrest, the region is where Washington believes Pakistan provides safe haven to militant groups including the Afghan Taliban and Haqqani Network.

The army has carried out many operations in the region, and security across Pakistan has dramatically improved in recent years.

But the PTM claim the operations came at a heavy price because of alleged abuses, including enforced disappearances and targeted killings.

The movement remains peaceful, but has been notable for its direct verbal attacks on the armed forces in a country where such criticism is largely seen as a red line.

Islamabad and the military have repeatedly denied the claims and arrested PTM activists.

A far-reaching media blackout has kept news and images of peaceful PTM rallies off TV screens and front pages nationwide.

An opinion piece written by Pashteen in the New York Times in 2019 was censored in Pakistan.

Pashtuns are a fiercely independent ethnic group that straddles both sides of the border between Pakistan and Afghanistan.