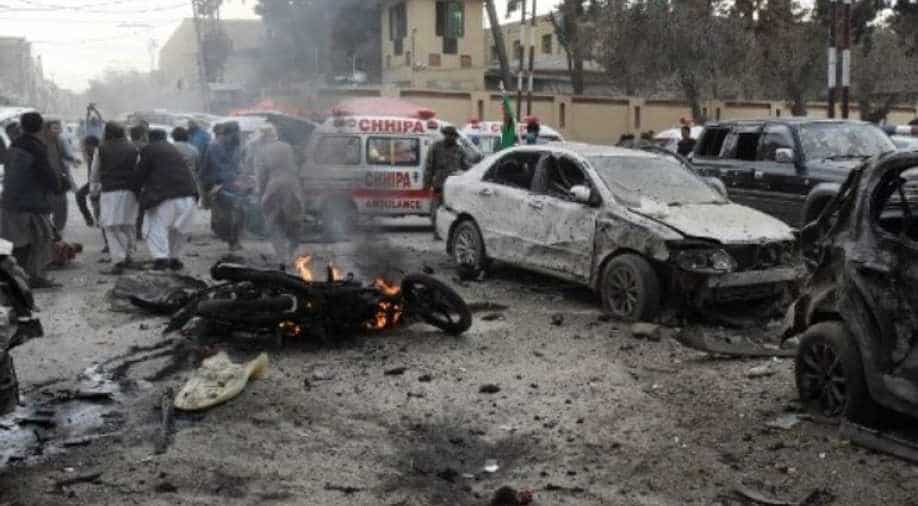 More details into the mishap are awaited.

At least seven people have been killed and nearly 20 wounded in an explosion that took place in Pakistan's Quetta, Balochistan.

According to reports, the blast took place during a demonstration at the Quetta Press Club near the Shahrah-i-Adalat.

Many vehicles parked in the vicinity have also been damaged due to the impact of the blast, The Dawn reported.

The area has been cordoned off while a search operation is underway.

The nature of the blast has not yet been ascertained.

Minister of Interior Blaochistan Zia Langove said that the number of those injured by the blast may rise.

News agency Reuters reported the explosion as a suicide attack which targeted a police vehicle.

Two police personnel were among those killed in the blast in the city of Quetta, the capital of Balochistan province, which borders Afghanistan and Iran, Reuters reported.

"We have received 10 bodies so far and 35 injured in Civil Hospital,” a hospital official told Reuters.

Two police personnel were among the dead, a senior police official confirmed.

(With inputs from Reuters and PTI)