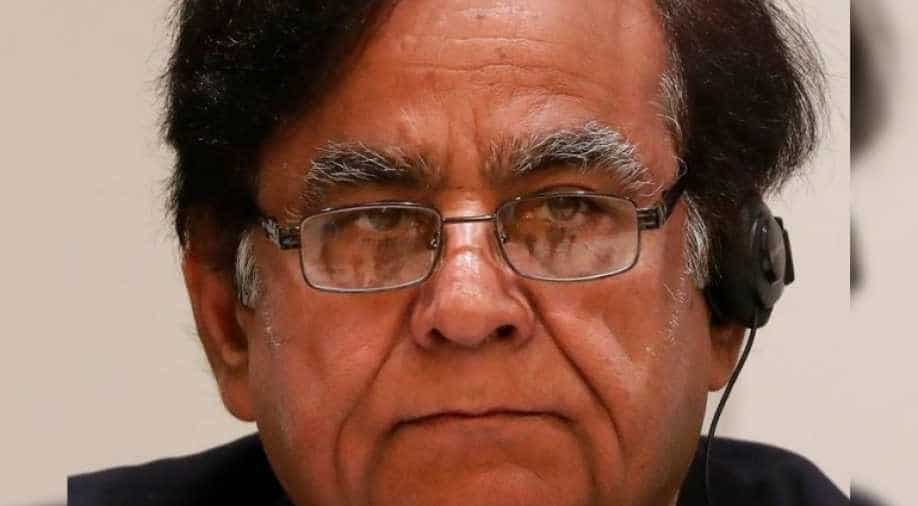 Pakistan's Supreme Court will on Tuesday decide whether to allow an appeal against Bibi's acquittal, lawyers in the case have said.

The Pakistani lawyer of a Christian woman acquitted of blasphemy jetted out of the Netherlands Saturday to "hopefully assist his client for the last time" in a Pakistani court hearing, a Dutch MP said.

Saif-ul-Malook fled to the Netherlands from Pakistan in November last year after violent protests erupted over the Pakistani Supreme Court's decision to overturn the conviction of Asia Bibi, who was on death row.

Pakistan's Supreme Court will decide on Tuesday whether to allow an appeal against Bibi's acquittal, lawyers in the case have said.

"He's going back to Pakistan to hopefully represent Asia for the last time in her case," Voordewind said.

The Netherlands last year granted Malook a temporary stay, but Voordewind said Malook will "unfortunately lose his asylum status in the Netherlands."

The allegations against Bibi date back to 2009, when Muslim women accused her of blasphemy against the Prophet Mohammed, a charge punishable by death under the colonial-era legislation.

Her case drew the attention of international rights groups and swiftly became the most high-profile in the country.

If the court refuses to allow the appeal, it will remove the last legal hurdle facing Bibi, who is a prime target in conservative Muslim-majority Pakistan and remains in protective custody.

Bibi was on death row for eight years for blasphemy, a hugely sensitive charge.

Ardi Stoios-Braken "will fly back to Islamabad in early February," the daily tabloid Algemeen Dagblad said.

She was on leave in the Netherlands in late October last year when she received word "that a letter arrived at the embassy from Pakistani authorities."

"The letter spoke of a 'specific threat' and was related to the Mohammed cartoon contest which had already been cancelled months before," the paper said.

Wilders in August called off a planned Prophet Mohammed cartoon competition that stirred anger in Pakistan.

Pakistan's interior ministry in October wrote a secret memo on plans to "target" the Dutch ambassador by the hardline Islamist Tehreek-e-Labaik Pakistan party (TLP), media from both countries reported at the time.

The TLP, founded in 2015, led protests in August calling for Pakistan to sever diplomatic relations with the Netherlands over the Wilders cartoon contest.

The TLP has denied making any threats.

The Pakistani government, however, has since launched a crackdown on the TLP, charging its leaders with sedition and terrorism.