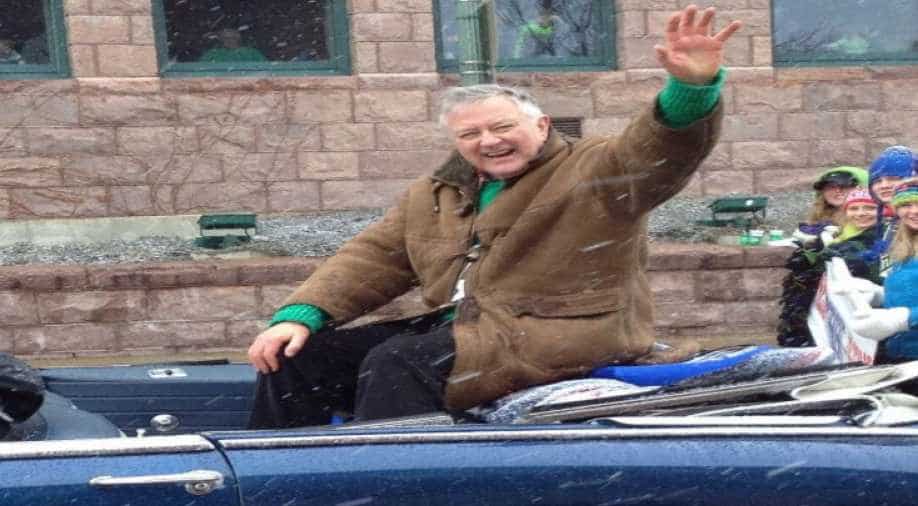 Larry Pressler, who served as chairman of the US Senate's Arms Control Subcommittee, feared that Pakistan's nuclear weapons might be used against the US, warning of the possibility of someone buying them from generals or colonels. Photograph:( Twitter )

Pakistan is more dangerous than North Korea as it does not have a centralised control on its nuclear weapons, making them vulnerable to theft and sale, a former top American Senator warned, describing both the nations as rogue states.

Larry Pressler, who served as chairman of the US Senate's Arms Control Subcommittee, feared that Pakistan's nuclear weapons might be used against the US, warning of the possibility of someone buying these nuclear weapons from generals or colonels.

When a Pakistani embassy official asked Pressler if it is appropriate to categorise Pakistan and North Korea on the same page, the former Senator said 'Yes'

Aid and military sales to Pakistan were blocked, including a consignment of F-16 fighter aircraft, changing forever the tenor of the US relationships with Pakistan and India. "Their weapons could be transported to the US fairly simply. Just as 9/11 was a very simple operation run by 20 or 30 people," he said.

"The Pakistani nuclear bombs are not controlled. They are subject to sale or stealing and they could be easily gotten out of Pakistan to just about anywhere in the world," he said speaking at an event organised by The Hudson Institute, a top American think-tank.

"I consider Pakistan more dangerous than North Korea in the sense that Pakistan doesn't have a centralised control of their nuclear weapons," Pressler said while discussing his latest book 'Neighbours in Arms: An American Senator's Quest for Disarmament in a Nuclear Subcontinent'.

The former top American Senator, however, said he does not think that Pakistan's nuclear weapons are going to be used against India.

"I think what North Korea needs is just a lot of attention and hand-holding. Pakistan is a different thing because you don't really have one person in charge. I think Pakistan is more dangerous to the US," he reiterated in response to a question.

With Secretary of State Rex Tillerson having just concluded his India trip wherein he sought to elevate India-US relationship, Pressler said the US should declare Pakistan a terrorist state.

"We should declare Pakistan a terrorist state. We should put certain sanctions on Pakistan," he said.

Pressler said in his book he has made recommendations for some reforms to treat India at a higher level.

When a Pakistani embassy official asked Pressler, if it is appropriate to categorise Pakistan and North Korea on the same page, the former Senator said "Yes".

"From a nuclear dangerous point of view, I think they are both the rogue states in my opinion. They both do not have the interests of the US in mind. Pakistan has and is harbouring terrorists. And North Korea is a threat to the US," he said.

He said President Donald Trump may be one of the best presidents of US for India in terms of Indo-US relationship.

Trump, Tillerson and the secretary of defense are advocating closer relationships with India, he said.

"They are coming close to declaring Pakistan a terrorist state or at least in effect. And they are very interested in moving toward more free trade with India of course," the former Senator from South Dakota said.

Moderating the session, former Pakistan's ambassador to the US, Husain Haqqani said American officials have acknowledged that Pakistan has a stable command and control system over its nuclear programme.
Haqqani, however, said, "Pakistanis are living in a narrative that is purely Pakistani."

"One should pay attention to what Pressler said that while he started out by being critical of the nuclear programme of everybody it was Pakistan's repeated inability to keep the promises that made him particularly critical," he said.

"I'm a Pakistani too and I would say that there is some merit to that argument where the Pakistanis want to recognise it or not. We have a tendency to over promise and then later on give excuses for why we couldn't keep our promise that's not just in relation to the nuclear issue, we have seen that over Afghanistan in the last two decades, he said.