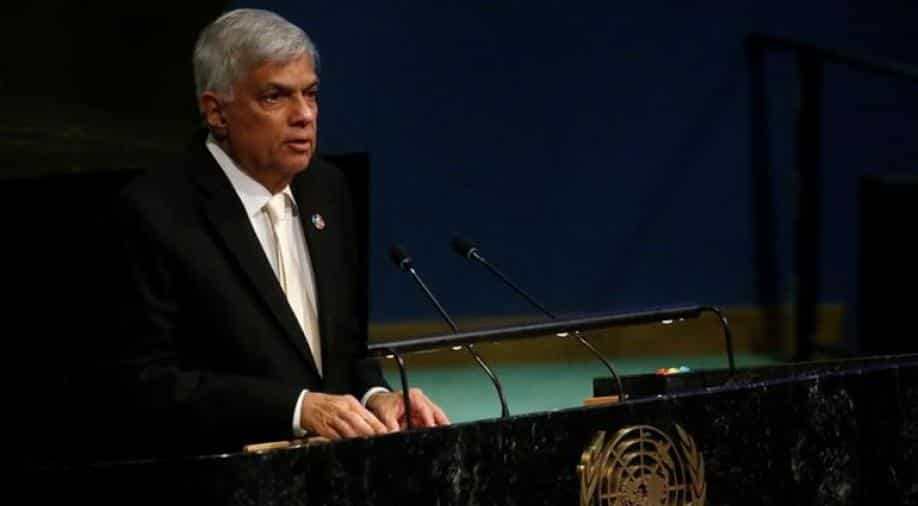 President Sirisena administered the oath of office to Rajapaksa after sacking premier Ranil Wickremesinghe, who was away touring the south of the country, following months of infighting.

Wickremesinghe sent a letter to Karu Jayasuriya seeking a reconvening of the assembly which was only scheduled to meet again on November 5 to debate the 2019 budget.

"The prime minister (Wickremesinghe) wants to show his majority in parliament," an official from his office said as the country was plunged into a constitutional crisis after he was sacked and former strongman leader Mahinda Rajapakse was sworn in as the new premier.

Sri Lanka's president issued a formal notice Saturday for Ranil Wickremesinghe to step down as prime minister and recognise his shock dismissal, in an unfolding constitutional crisis.

However, Wickremesinghe continued to occupy Temple Trees, the official residence of the prime minister, and insisted in a letter to Sirisena that he was still in office.

The move that took the island nation by surprise came amid growing tensions between Sirisena and Wickremesinghe on several policy matters even as the President remained critical of the Prime Minister and his policies, especially on economy and security.