Opinion: With rape and violence rife, where is justice for Rohingya women 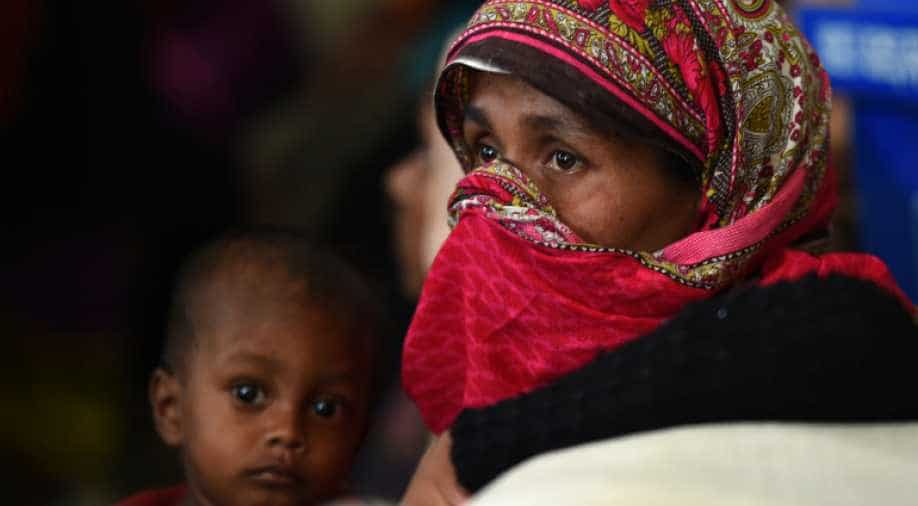 It has now been six months since the Myanmar military resumed its ruthless crackdown against the Rohingya minority. Many women and girls fleeing brutal state-sponsored persecution have reported horrific accounts of rape, sexual assault, torture and murder at the hands of government forces. When state institutions orchestrate such human rights violations and allow perpetrators to act with impunity, the international community must unite in taking a strong stance in order to hold those responsible to account.

Violent oppression of Myanmar’s various ethnic groups has been happening for decades, but targeted assaults against the Rohingya community have spiraled since August 2017, when Myanmar’s authorities launched what they euphemistically describe as “clearance operations” against Rohingya “terrorists.” According to most recent estimates, over 680,000 Rohingya have fled to neighboring Bangladesh, a country ill-equipped to deal with the mounting crisis. Although conditions in the refugee camps are dire given the vast and rapid influx of people, it is estimated that around 200 people are still making the dangerous border crossing to escape continuing state hostilities each day.

Evidence is mounting to back allegations that Myanmar’s autonomous military, known as the Tamadaw, is engaging in the systematic use of sexual violence as part of a coordinated campaign of ethnic cleansing. A UN investigation conducted among refugees in Bangladesh found that 52% of women reported being raped or subjected to other forms of sexual violence. The majority was gang-raped, and most identified military officers or police officers as the perpetrators.

In a refugee center, one survivor told Human Rights Watch in October 2017: “I was held down by six men and raped by five of them. First, they [shot and] killed my brother … then they threw me to the side and one man tore my lungi [sarong], grabbed me by the mouth and held me still. He stuck a knife into my side and kept it there while the men were raping me. That was how they kept me in place. I was trying to move and [the wound] was bleeding more. They were threatening to shoot me.”

Another story came from a 17-year-old, identified simply as N, who told Associated Press that she was at home with her family when 10 soldiers burst in. Half of the men held her pleading family back while the rest took turns raping her. Forced to watch, her parents were beaten if they screamed.

Directed attacks against women and girls by security forces are not a new phenomenon. For 20 years, there have been reports of the military using rape and sexual assault in its armed conflict against ethnic minorities in states including Rakhine, Kachin, Karen and Shan. Human rights groups have documented incidents, but despite extensive evidence, perpetrators have not been brought to justice.

A largely Muslim minority in a predominantly Buddhist country, the Rohingya have been systematically stripped of their legal rights and face extensive discrimination. They have been denied citizenship in Myanmar since 1982, effectively leaving them stateless and especially vulnerable to human rights abuses as they are not entitled to any legal government protection. This makes the Rohingya prime targets for criminal networks who exploit impoverished populations, and displaced women and girls are at greater risk of human trafficking, exploitation and prostitution, as well as forced and child marriage.

The Rakhine Advisory Commission, chaired by former UN Secretary General Kofi Annan, released a report in August 2017 stating that the Rohingya are the single largest “stateless” community in the world, with around 10% of the world’s stateless people residing in Myanmar.

Both Myanmar’s military and the civilian government have denied most allegations of mistreatment, and the true scale is not yet known because state authorities have prohibited human rights organizations and international media from independently accessing conflict areas or investigating charges. Not only has Myanmar authorities blocked enquiries, they have refused to acknowledge the need for review at all. Myanmar’s civilian leader and Nobel Peace Prize winner Aung San Suu Kyi has been widely criticized for failing to denounce violations, instead dismissing reports on social media as “fake rapes.” Meanwhile, when Rakhine State’s minister for border affairs, Phone Tint, was asked by a journalist about rape allegations, he replied: “These women were claiming they were raped, but look at their appearances — do you think they are that attractive to be raped?”

In December, the UN Security Council (UNSC) met to discuss the crisis, with numerous countries condemning the sexual violence perpetrated by the military. However, Russia and China have refused to effectively address the situation and their silence remains deafening. Both countries sit on the UNSC, and without their votes, a resolution cannot be passed condemning the human rights violations. Nor can any of the ongoing crimes against humanity be referred to the International Criminal Court for possible prosecution.

Myanmar and Bangladesh have signed an agreement to begin repatriation in “safety, security and dignity.” However, the process and timeline remain unclear and there are serious concerns about the treatment returnees could face.

Human Rights Watch has reported that new satellite imagery shows at least 55 Rohingya villages in Rakhine State have recently been leveled by authorities, and these demolitions may have erased evidence of atrocities committed by security forces, constituting a potential cover up of crimes against humanity. The government claims the work is being carried out to make way for refugee resettlement.

As new plans are drafted to establish repatriation, UN agencies are still being denied entry to the region. The international community cannot delay in uniting to demand that the UN fact finding mission be given full access.

Furthermore, Myanmar must be deemed by the international community to be a place of safe return — including one where justice can be obtained. A now established principle in international law is that rape committed in such a wholesale manner is a crime against humanity — a weapon against certain populations. All necessary steps must be taken to preserve evidence, investigate crimes effectively and protect victims and witnesses.

Six months into the crisis, the world must do more to ensure that victims of state-sanctioned sexual violence receive the justice they deserve. Holding perpetrators legally accountable and ensuring that no one — including military officials who are meant to protect civilians — is above criminal prosecution is a vital step toward guaranteeing Myanmar becomes a safe place for all women and girls, regardless of ethnicity.