Opinion: Will BJP succeed in trumping Manik Sarkar in Tripura? 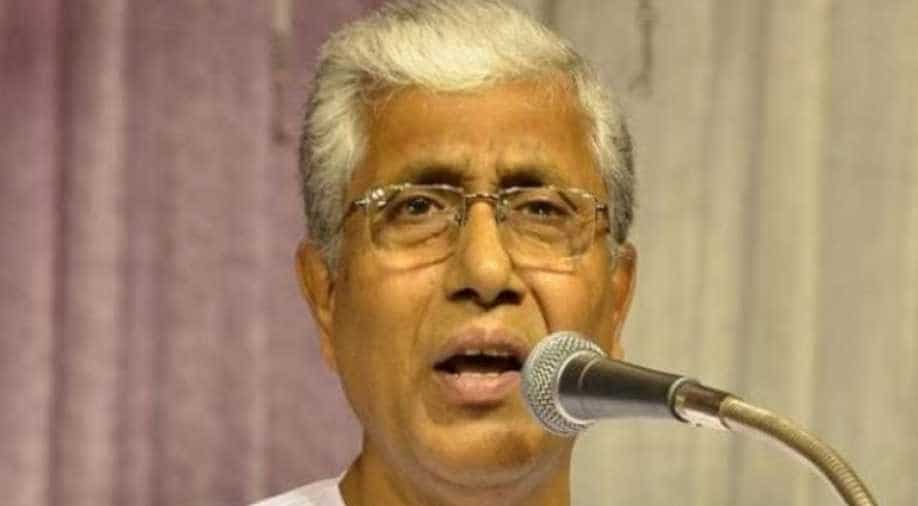 Dislodging rival regimes of recent origin in States through elections appears to have become a habit for the Bharatiya Janata Party in the past four years. Now it has set its sights on a more ambitious programme: Ousting the 20-year old Left Front Government in Tripura in an Assembly poll scheduled for sometime next month.

It’s not going to be easy.

Left supporters dismiss the BJP’s aspiration as impossible to achieve. They point to four factors. The first is the popularity of Chief Minister Manik Sarkar who has been at the helm for two decades. He is perceived as down-to-earth and humble, with no serious allegations against him.

The second is the BJP’s organisational weakness. The party has never been in power in the State and, thus, has little grassroots structure. The third is the demography of the State which does not lend itself to the kind of ‘social engineering’ the BJP has effectively managed in other States. And the fourth is the absence of any major public failing of the Sarkar Government that can be used to whip up electoral sentiment against the incumbent.

But there is another set of reasoning, which has buoyed the BJP. The party has in recent months made serious inroads in the North-East, establishing its governments in Assam and Arunachal Pradesh and now formidably pursuing its interests in Meghalaya. It has a well-defined mechanism in the form of the North East Democratic Alliance (NEDA) to enhance its footprint in the region.

The BJP has roped in various regional outfits of the North-East as part of this umbrella organisation. Led by Prime Minister Narendra Modi, who has addressed several rallies in the region, and managed by influential local leaders, the roughly two-year-old NEDA is the anti-Congress vehicle that the BJP hopes to ride to the finishing line in Tripura.

Then there is the work of the RSS to fall back upon. Over the decades, this parent body of the larger Sangh family of which the BJP is a part, has been relentlessly working to enhance its influence among the locals in the North-East, including Tripura, playing on rival and religious affiliations. So far, all of this did not reflect positively on the electoral numbers for the BJP. In the changed political environment with a BJP-led regime at the Centre and the party’s aggressive focus on the region, it is possible that some of that work could bear fruit.

There is also the anti-incumbency factor. Twenty years at a stretch is a long time for any party to rule without losing substantial support among the electorate — if not for anything else, because of a mere desire for ‘change’. Left Front supporters can seek to dismiss the thought by referring to — ironically — the Gujarat result, where the BJP retained power despite being in the driver’s seat for two decades.

But, as any political analyst will tell, there is no comparison. Besides, the BJP did lose seats in comparison to 2012, and got past the half-way mark huffing and puffing. And, if the Left Front wishes so much to give the Gujarat example, it must remember that a significant section of the Patidar community, dedicated backers of the BJP, dumped the party and voted elsewhere.

It is, therefore, not impossible that many traditional supporters of the Left Front might vote against the communist combine in the changed political environment — both in the region and nationally. The mere fact that the coalition has entrenched itself for twenty years in the State offers no certainty of its return; remember, the Left combine was unceremoniously ousted in West Bengal after three decades of rule by Mamata Banerjee and her Trinamool Congress. Considered an upstart, Banerjee not just decimated the communists but also the Congress. Both have yet to recover from the drubbing in the State.

There is no doubting that the Left Front in Tripura recognises and understands the fresh challenge, though it publicly downplays the potency. According to some recent media reports, Chief Minister Manik Sarkar told his party leaders that the BJP had emerged as their primary rival and should be accordingly dealt with. The party that threatens to get squeezed out in the contest is the Congress. Its State unit in a shambles with many desertions since the last year or so.

It’s true that some of these dissidents have since returned or at least shown signs of supporting the Congress, but that could be a case of too little too late. The Congress is still dependant on patronage from elites, such as the scion of an erstwhile royal family. The last time the Congress had its Government in Tripura was in 1993 — that too a coalition — which had lasted just over a year. Since then, the party has been struggling to regain the lost ground. Now, its task has been made more difficult with the rise of the BJP in the region.

Essentially, the Tripura contest is one between two conflicting ideologies and sub-ideologies within the larger ideological framework. Manik Sarkar represents the Marxist image with a dose of the Gandhian spirit. The popular rhetoric of the working class uniting to stave off the evil capitalists has served him well all these years. But now it is confronted by an equally dominant and belligerent call of nationalism and regional pride made by the BJP and its affiliates.

With the Marxists consistently failing to find support, election after election in the country (barring in Kerala where it wins and loses in equal measure), their brand of politics is now seen as close to extinction. The new class of voters is unlikely to be as wedded to the Left doctrine as the earlier ones who imbibed the lofty ideals in the hope that a class-less society of equals could be crafted on the ruins of capitalism.

And then there are local issues. There is an impression that power, rather than being decentralised (to the masses, which Karl Marx dreamed of), has been centralised in the Left Front regime by a handful of leaders, with Manik Sarkar being in the forefront. There is virtually no internal democracy. On the governance front, people still bridle at the memory of the Left blunder in the recruitment of more than 10,000 teachers for Government schools in the State. The Tripura High Court had declared the recruitment as null and void, leading to enormous financial and social misery to the victims and their families. This could turn out to be an important election issue because the bulk of the ‘working class’ which the Left banks upon to retain power, comes from the close to three lakh Government sector employees and pensioners.

Finally, there is the tribal factor. The BJP has especially targeted the State’s four major tribal communities — Debbarma, Reang, Chakma, and Tripuri — which together account for 78 per cent of the total tribal population. The party recently sprung a unique depiction of Bharat Mata in the traditional attire of the four tribal communities, instead of in a saree as is usual.

The new Mother India now shares space with photographs of senior party leaders and founders, at various State party events. In all, the tribals form roughly 30 per cent of the State’s population. From not having an option and, therefore, being taken for granted by the Left, the tribals are now being wooed assiduously by all political sections. It would not be hyperbolic to suggest that the tribal vote will determine the winner of the coming Assembly election in Tripura.