Opinion: Why the fuss over 2G scam? There was 'zero loss' after all 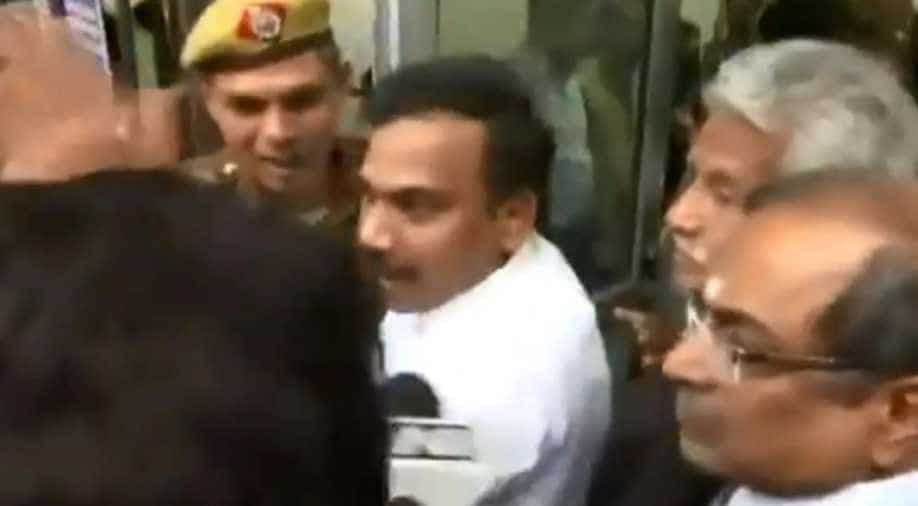 Former Telecom Minister A Raja at the Patiala House Court after the verdict on December 21. Photograph:( ANI )

As a common citizen of India, I am surprised why everyone is talking about 2G scam especially when the world has advanced much ahead and now our neighbouring country has even tested 5G spectrum (despite not having any 5G enabled device made so far) after 3G and 4G.

This money could have provided elementary education to almost 10 crore students for a year, but why worry? In India, we fight for petty causes despite being educated, prefer to send kids to madrasas instead of school, kill people for religion. So, do we really need education?

With this money, 6 crore people could have been fed two meals for a year, but why worry? We have enough people in our country, few deaths from starvation do enrage us enough.

With this money, we could have liquidated the debts of our farmers but why worry? If they don’t commit suicide then how our politicians will encash this matter in the election? They will then be bereft of an issue. After all, we need our leaders like A Raja and Kanimozhi who know how to enjoy the tax payer’s money.

With this money, we could have set up at least 50 Industrial Parks and given employment to at least 50 Lakh people for a year.  But why worry? If everyone is employed, then who will listen to these politicians and be fooled? After all, we need politicians too.

Even government is not sure of the figures. Comptroller and Auditor General gave a figure of $ 27 Billion. However, the CBI in its inquiry reduced the figure to about $ 5 Billion. The government should have continued the investigation further by Interpol, Scotland Yard and the FBI. I am sure that after so many investigations, the net loss in the final report would have been just a few hundred dollars, which Mr Raja and the party will be pleased to pay from their pocket.

Not only Mr Raja, the common taxpayer of the country would have also felt good as their loss becomes low now. So, there will be a feel-good situation everywhere.

Mr Raja benefitted many multinational telecom companies. So, what if they take their profits abroad? We, the Indians, have been known for sending our wealth abroad for so many centuries. Initially, Turks and Afghans came and took away the wealth, then Mughals and then Europeans. Even after the British left, Indians have shown their prosperity to the world by having the largest number of Swiss bank accounts. So, why make so much of fuss now?

Everybody played his cards well. The case took 6 years to reach a verdict from the local court. Anticipating the way Indian judicial system works, I can surely say that it will take at least 30 more years to get a final verdict from the Supreme Court. A Raja is 54 now. By the time court will send him to jail, god knows he will be alive or not.

His other team members are also in the same age bracket.

So, when we already know that there is nothing which we can achieve in this case, then why waste our time and money on prosecution and judicial expenditures.

There have been, at least, few thousands scam since the independence. Is there even one case where the accused is prosecuted and punished? The answer is a clear no. So, why worry about this? The public always has very short memory. They even forgot our freedom fighters and many others who crafted modern India.

Don't you believe me?

The result will open your eyes. You can try yourself too, and give yourself a rating from 0 to 20. In a country where people tend to forget their leaders and torchbearers, I am sure they will forget all these scams too.

As far as the poor taxpayer is concerned, he was paying tax, is still paying tax and will continue to pay tax in future too. His life would also remain the same.