Opinion: What judiciary can learn from Vijay Mallya, Big data and private sector in 2018 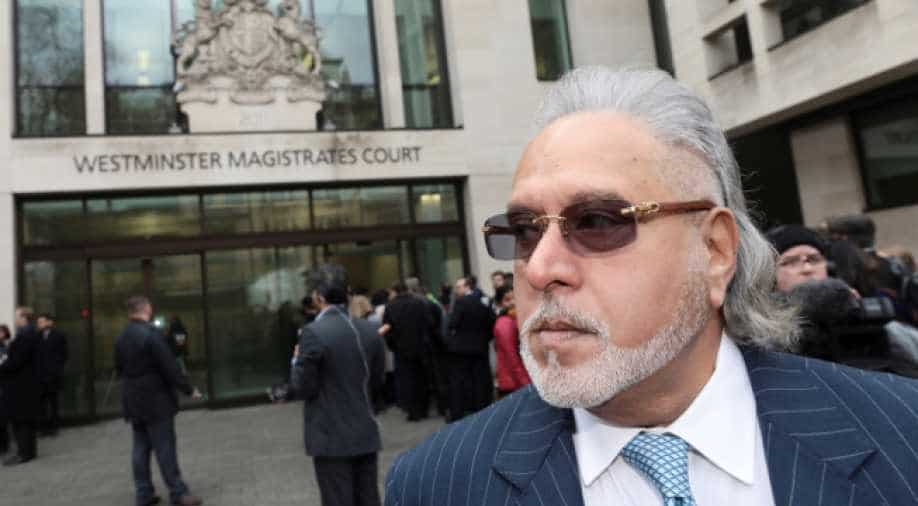 2017 has, as always, been a year of paradoxes for the judiciary. The Apex Court driven by the intellectual strength of its judges delivered some phenomenal judgements. Right to privacy was firmly established in our constitutional jurisprudence. In the process, a significant part of the affront involved in Section 377 of the Indian Penal Code was corrected. Triple Talaq was not only rightly held to be an unintegral part of Islam but constitutionally untenable, a bold step to take in a country where misogyny often passes off as a divine mandate. Firecrackers were banned, but in the process, the limits of enforcing orders in public interest litigations was exposed. The Indian judiciary though not known for its expeditious disposals, has never the less made significant strides in policy level adjudications and commercial matters. On the other hand, the Talwars were found to have spent time in prison unnecessarily and turns out the 2G spectrum scandal, was not truly a scandal.

We aced the policy challenge but failed to improve our record with trials. Where are we going wrong?

What does Vijay Mally tell us about Indian courts?

In other words, in Iraq, I can enforce my contract sooner at a cost lesser than in India. No doubt the quality of adjudication appears to be much better in India. At 10.3, India ranked on par with many developed economies. The result, in our experience, is that while litigants secure good verdicts eventually, often their ability to enforce the verdict is frustrated. Thus, while the banks secured good verdicts against Mr. Vijay Mallya, it is too late to enforce them considering he is no longer here by the time the walls could close in.

One can dismiss the troubles of businesses with the judiciary as the superficial complaints of a bourgeoise elite.  But the criminal justice system which is the poster child of the ordinary common man’s experience with the criminal justice system, things are no better. The concept of a day to day trial as required under Section 309 of the Code of Criminal Procedure, 1973 remains a distant dream. Time-bound disposals of criminal cases mandated by special laws like the Protection from Children from Sexual Offences Act, 1973 and the Protection of Women from Domestic Violence Act, 2005, are never achieved.

But what happens after such a long and lengthy trial?

Besides making the accused and victim feel like they are being punished, the result of criminal trials is abysmal. Approximately 76% of sexual assault cases and 94-98% of corruption cases result in acquittal. In private complaints, involving a petty offence like dishonour of cheques, should the accused decide to avoid service of summons by absconding, the probability of the criminal justice system securing his presence is slim to none.

On an assessment of the overall performance of the Indian judiciary, what emerges is that despite the many trials and tribulations, we continue to remain steadfast in our fundamental values and philosophy. However, we are slow to ideate, slower to implement and averse to innovation. To my mind, while the need to increase the number of judges is definitely one solution, the larger solution lies in unlearning and relearning.

The number of judges or quality of judges?

In the N.R. Bhat v. State of Karnataka by CBI, Justice A.V. Chandrashekar introduced the concept of a pre-trial conference by reading it into the day to day trial requirements of Section 309 of the Code of Criminal Procedure, 1973. Such a pretrial conference, taking the judge, the prosecution and the defence into confidence while setting out the days of the trial in advance, would go a long way in arresting frivolous adjournment pleas. The Supreme Court in Vinod Kumar v. State of Punjab, categorically laid down that cross examination of witnesses must be concluded on the very same day of their examination in criminal cases. Putting these two judgements together, a pre-trial conference followed by non-negotiable insistence on concluding the cross-examination of witnesses in criminal cases on the same day as their examination would effectively end the culture of prolonging the trial of criminal cases in India.

I cite these two judgements to highlight an important point, a creative and pragmatic approach is necessary to ensure procedures aimed at fairness don’t end up becoming counterproductive. While a fundamental review of the Code of Civil Procedure, 1908 and Code of Criminal Procedure, 1973 is critical, the example of judicial creativity demonstrated in the N.R. Bhat and Vinod Kumar judgements shows that effective adjudication has less to do with quantity of judges and more to do with the quality of judges.

Furthermore, even before the procedures are fundamentally re-written, I think it is time, we measured the use of our procedures. For example the Code of Civil Procedure, 1908 provides room for the court to secure the assistance of family welfare experts in matters involving family disputes. In Australia, visitation orders for children are monitored by outsourced agencies trained and vetted in order to ensure the court has a neutral report of the welfare of the child, making the determination of guardianship and visitation much easier and faster. But in India despite the concept of such outsourced persons and agencies being contemplated in the law, it is seldom utilised. Perhaps the time is ripe for a manual to be provided identifying existing innovations within our law and mandating their use by the court system.

Commercial courts, though required to be established by law, are yet to begin operations in several states, including Karnataka and their absence has inflicted cynicism in the minds of businesses. Special courts under beneficial legislations like the Protection of Children From Sexual Offences Act, 2012 are nothing but existing courts donning an additional hat under a POCSO Act. What we need is not just special courts, but exclusive courts. In other words, we need exclusivity for our special courts and not just special court status under special legislations.

Secondly, no effort is being made to attract the right talent in our prosecution and government pleader ecosystem. The private sector offers much better compensation packages for the right legal talent and this is as true in India as it is in other countries. However, for those who may consider government service, they will be part of an ecosystem where nepotism remains a problem.

I have had the unfortunate experience of facing government pleaders who oppose much needed medical termination of pregnancies for minor children, simply because they think their job is to oppose every writ petition that comes before the Karnataka High Court. Our Advocate Generals and Solicitor Generals are often the best and the brightest, but the grassroot government pleader and the public prosecutor suffer from poor pay, poorer training and even poorer access to critical resources like staff and case law databases. Unless the government invests money in their careers, in building their capacity and their skill set and training, we can neither expect expeditious disposals nor can we expect more conscious prosecutions and convictions.

Investigation of Criminal cases is fundamentally challenging. Even the Federal Bureau of Investigation with all its sophisticated technology failed to apprehend the Unabomber for close to 17 years. Yet, what ultimately made the apprehension possible was a little-known technique back in the day called forensic linguistics. Based on the letters and publications of the Unabomber, what emerged was a unique approach to language, almost a linguistic signature of the bomber. A profile developed by FBI profiler James Fitzgerald using forensic linguistics ultimately led to the publication of the manifesto of the Unabomber, which was recognised by the Unabomber’s younger brother. The result was the identification of Ted Kazynsky as the Unabomber. A Harvard educated mathematician with an IQ of 167, the Unabomber was an Intellectual elite, but even he could not evade the law all because he wrote and spoke in a unique manner.

After the Boston Bombing, when conventional facial recognition software could not provide a clear picture of the accused, an experimental technology of the University of Carnegie-Mellon’s Cylab Biometric Center which analysed the low-resolution picture released by the FBI, was able to identify the accused in a controlled experiment. What made this technology work when existing facial recognition software failed? The answer lied in a concept called machine learning, a process by which computers are “trained” to perform tasks. In this case, the Center’s technology was made to analyse thousands of faces in low resolution and high-resolution images, so that it can determine the bridge between low resolution and high-resolution images. The rationale of that bridge is then interpreted in the form of an algorithm which can then be used to develop high-resolution versions of low-resolution images. Image analytics and machine learning combined could greatly enhance the way suspects are identified using facial recognition software.

I cite these case studies to make an important point- in India we don’t know what we don’t know. Forget forensic linguistics or offender profiling, machine learning or deep learning, I am yet to come across investigating officers in my training programmes who have some background in basics of criminal investigation, such as victimology and criminology. In an era of big data and analytics, India’s use of statistical methods in crime solving is limited to the National Crime Records Bureau Statistics published every year.  But these statistics contain rich information that could throw light into patterns, motivational classification for criminals, modus operandis and signatures in crimes, etc.

Machine learning and Deep Learning methods can enhance facial recognition software, enabling us to identify suspects from CCTV camera footage much faster and better. Analytics methods can help us reverse engineers crime scenes and victimology to determine the age profile, job profile and psychological characteristics of the suspect involved in the crime. Yet, we remain leaps behind in leveraging the full power of data analytics, machine learning, deep learning, behavioural sciences and artificial intelligence in investigating and prosecuting criminals in this country.

The need of the hour is to do away with the age-old classification of law and order, crime and traffic within the police and instead have a dedicated investigation cadre with further specialisation in specific offences like homicide, sexual assault, robbery, theft, etc. A dedicated think tank is necessary within law enforcement circles to explore the use of data analytics, behavioural sciences and other modern technologies to aid the investigator in deciphering clues and apprehending suspects. Unless we fundamentally redo investigating agencies in this country, conviction rates are unlikely to go up nor will we find closure in many critical cases.

A better Indian justice system in 2018?

The problems within the judiciary in the year 2017 are not fundamentally different from the problems faced by the judiciary in 1997 or 2015 even. Overworked, underpaid, delayed disposals and poor conviction rates have remained the common themes associated with our justice system. Yet, we have remained slow and unwilling to accept the problems in our fundamentals. In the year, 2018 I hope that as a population we move away from demanding different laws and instead petition for a reformed system. As proud as I am of all that we do every day in the justice system, I have seen the potential to do better, in the good intentions and passion of judges, prosecutors, policemen, lawyers, bench clerks and stenographers among others every day in the court system. Let us enable them to produce results by giving them the right training, tools and manuals. We owe it to them and we owe it to ourselves. 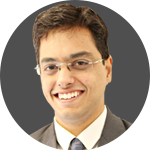