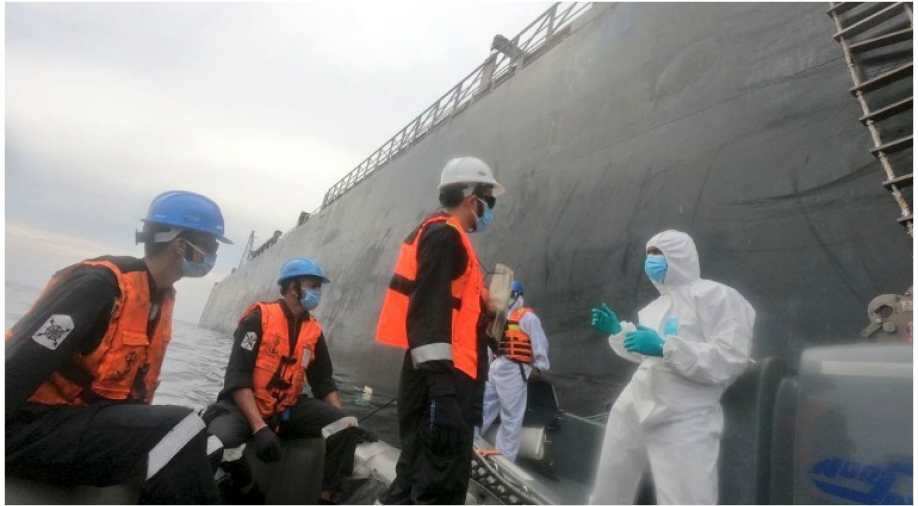 The navy said that the oil supertanker had been tugged away and was at 95 km away from the Sri Lankan coast.

Indian Navy on Sunday said that oil tanker MT New Diamond was 'stable and safe'. The navy said that the oil supertanker had been tugged away and was at 95 km away from the Sri Lankan coast. Indian Navy further said that a joint team of Indian Navy, Sri Lankan Navy and salvors completed underwater inspection

MT New Diamond is a Greek-owned ship that was chartered by Indian Oil. It was hauling crude oil from Kuwait to Paradip in Odisha. The fire at the ship started because of a blast in the ship's engine room on September 3. Joint efforts by Indian and Sri Lankan Navy brought the fire under control but it reignited on September 7. Firefighting efforts ensured that the fire was completely doused on September 9.

All there was no oil spill, there was a fuel leak from one of the fuel tanks. It had made a 2 km long trail in the ocean. Even when the fire was doused the fuel leak continued.

The fuel was seeping into the water through damaged pipes connected to a ballast water intake on the ship's starboard side.