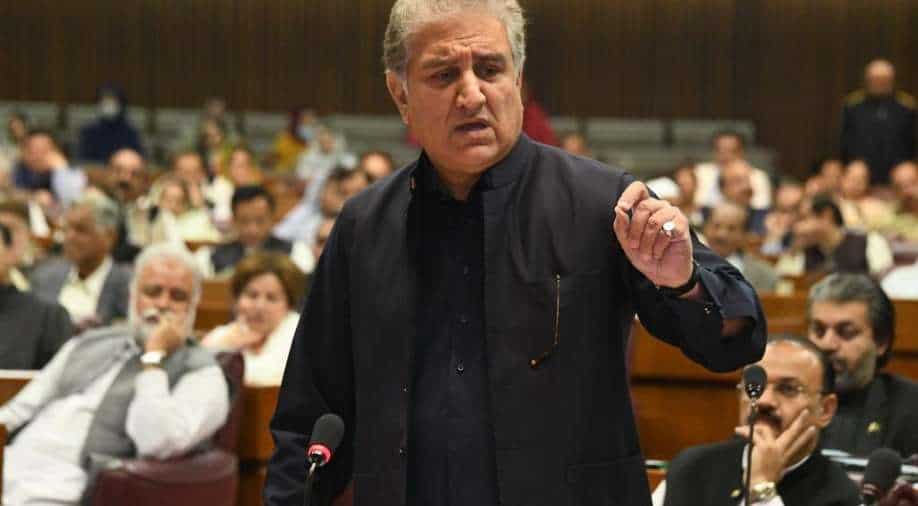 Pakistan Foreign Minister Shah Mahmood Qureshi on Saturday reiterated Imran Khan’s claim of a US conspiracy to dethrone the prime minister, saying that their government was being punished for visiting Russia during the beginning of the Ukraine invasion.

Speaking at the National Assembly ahead of the no-confidence motion, Qureshi seemed to accept the writing on the wall. He began by saying, “This may be my last day (as Pak FM).”

“The Moscow visit was planned months ago and had nothing to do with that Ukraine attacks. The visit was a bilateral one and totally with the intent of benefitting Pakistan,” he said in the lower house of the parliament.

The foreign minister alleged that Pakistan’s National Security Advisor had received a call from his counterpart from the US to cancel the visit to Moscow.

He also claimed that the “conspiracy letter” from the US to oust Khan was “authentic”.

“I reiterate again. The document that I received is real and authentic circulated by a high seasoned  official from the Washington,” Qureshi said.

The minister also proposed an in-camera session and sought the Pakistan ambassador in US to “come and brief the house.”

“Let the ambassador of Pakistan in Washington come and brief the house. Let him explain what the documents sent was true or not— on camera,” the minister said.

Qureshi also said that the speaker’s decision ahead of the no-trust motion against Prime Minister Imran Khan would be final.

“In our opinion, the decision of the speaker is final,” he said.

He also attacked the opposition for bringing in the no-trust plea, saying, “Who will save the country (PTI members chanting Imran Khan, Imran Khan). These people (opposition) don’t have any goal, no common intention for the country. These people were fighting against each other few days ago. Now Imran Khan alone is standing for the nation.”

Expressing reservations against the no-confidence motion, he said, “For God’s sake, don’t push this country into a constitution crisis. The only way to avoid is seek the mandate from the people of Pakistan.