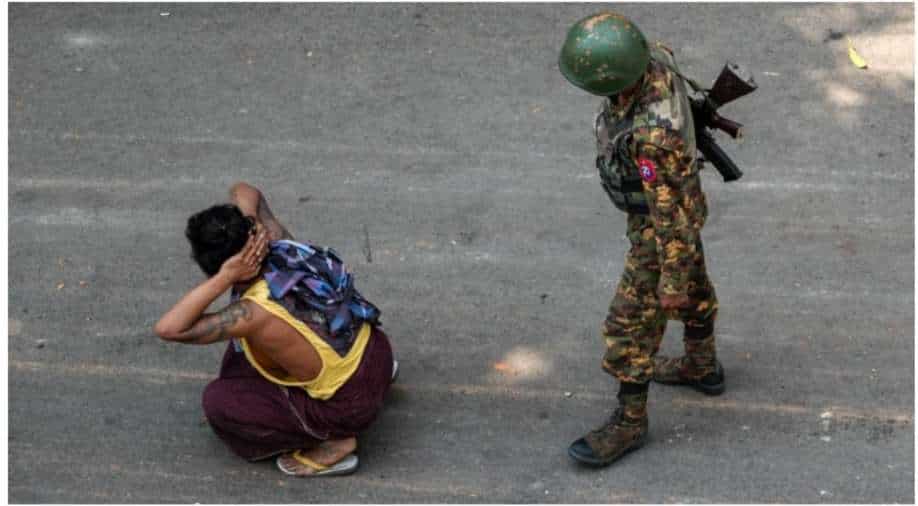 Myanmar citizens suffer Number of those wounded is much more than those who are dead. Photograph:( AFP )

In the continued protests over the military coup and detention of the popular leader Aung San Suu Kyi, nine protestors have been shot dead on Thursday.

The protestors took to the streets to protest over the continued military coup, which started on February 01. During these protests, which were scheduled all over the country, six people were killed in central Myanmar's Myaing township.

"Six men were shot dead while eight people were wounded -- with one man in a critical condition," a rescue worker was quoted saying by news agency AFP.

Another witness clarified that five of these deceased protestors were shot in the head by the Myanmar military.

In Bago, a city northeast of Yangon, Zaw Zaw Aung, 33, who is deaf, was shot in the head, his father Myint Lwin told AFP. "As a father, I am deeply sad for his death," he said.

A rescue worker told AFP that a 30-year-old man was also killed in Myanmar's second-largest city, Mandalay, and two other people were seriously injured. The rescue worker also claimed that even they are being targetted these days which has made it difficult for them to operate. "We couldn't pick up his dead body because rescue teams are being targeted these days as well," he said.

While the military is increasing it presence and fear in the country, diplomatic pressure is mounting from international organisations and governments who have openly condemned the crackdown.

Now, after months of takeover and detainment of Suu Kyi, the military held a rare news conference on Thursday in which they accused the popular leader of corruption.

"We have learnt Daw Aung San Suu Kyi herself took this $600,000 and seven visses (11.2 kilograms) of gold. The anti-corruption commission is investigating," the military's spokesman Zaw Min Tun told reporters in the capital Naypyidaw.