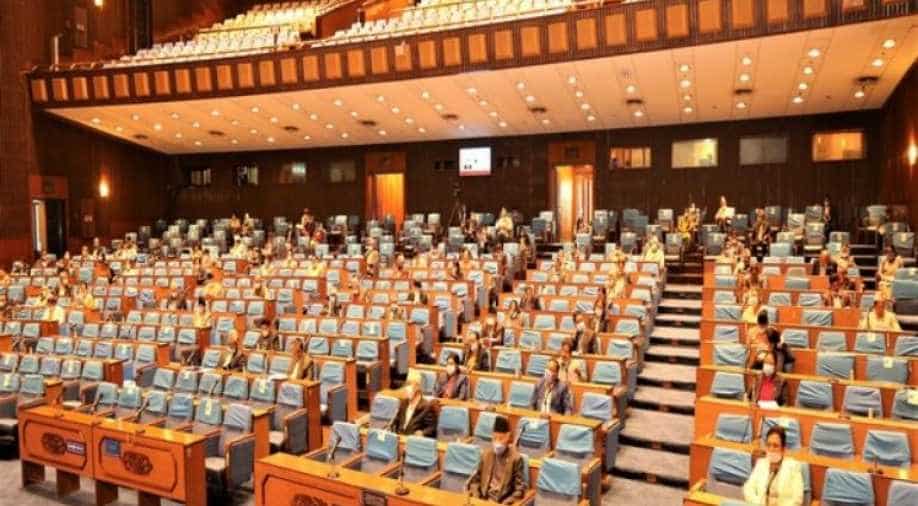 The meeting of the House of Representatives (HoR), the lower house of the Federal Parliament, scheduled for January 12 has been postponed.

A notice issued by General Secretary of Parliament Secretariat Dr Bharat Raj Gautam said the meeting has been rescheduled for 1 pm on January 17.

The main opposition party CPN-UML has been obstructing the House meeting since the beginning of the winter session.

Prime Minister Sher Bahadur Deuba met UML Chairman KP Sharma Oli on Saturday in a bid to appease the latter to lift the obstruction. However, no tangible progress was reached.

The UML has accused Speaker Sapkota of not acting fairly by refusing to confirm the expulsion of 14 UML lawmakers, including Madhav Kumar Nepal, who later split the party and formed the CPN (Unified Socialist).

After the dissolution of the House by former prime minister KP Sharma Oli twice, the people’s legislative body has not been able to function.

For several months Parliament has not been able to function properly. Due to the lack of action by the government and continuous disruption by the opposition, the law-making process has come to a standstill in the country.

The most discussed issue, the Millennium Challenge Corporation’s (MCC) Nepal Compact which offers $500 million in grants to Nepal for the construction of transmission lines and road maintenance projects, still has made no headway.

Due to the differences among the ruling alliances, Nepal has failed to ratify the compact in the parliament. The division among the political parties is over whether to give a parliamentary nod to the Compact in its current format or whether to get it endorsed after amendment on ‘disputed’ clauses of the Compact.

Meanwhile, a sharp rise in COVID-19 cases in Nepal over the past week has sparked fears that a third wave, driven by Omicron, is around the corner. The country has so far reported 27 cases of Omicron infection.

Many bills concerning the well-being of people have failed to pass in the House.

According to the Secretariat of Federal Parliament, 57 bills are under consideration, 42 in the House of Representatives and 15 in the National Assembly.

The country’s Supreme Court has also been facing a crisis. The Nepal Bar Association has been protesting for over two months demanding the resignation of the Chief Justice Cholendra Shumsher JB Rana.

The protest has had a significant impact on court proceedings.