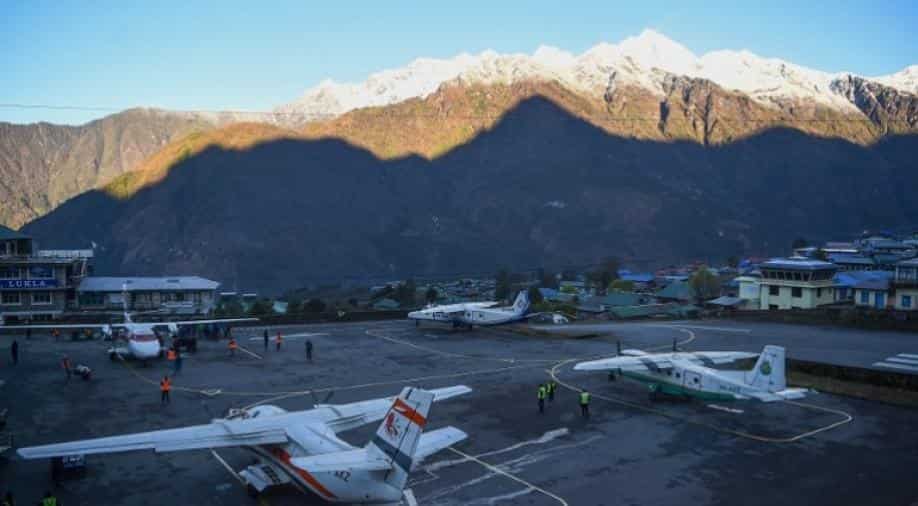 The airline operated three flights on Saturday -- two with China-made Y12e plane while one with Twin Otter aircraft, an official spokesperson said.

The state-run Nepal Airlines Corporation (NAC) has resumed its services to the Lukla airport, two years after suspending the flight operation to the gateway to Mount Everest, according to a media report Sunday.

A large number of foreign trekkers and mountaineers, who want to climb the world's highest mountain, travel to this airport also known as Tenzing-Hillary airport, to reach the base camp.

The airline operated three flights on Saturday -- two with China-made Y12e plane while one with Twin Otter aircraft, an official spokesperson said.

"We have two charter flights and a scheduled flight for Sunday," NAC spokesperson Ashok Sigdel was quoted as saying in a report in the Himalayan Times.

Situated at a height of 2,845 metres from the mean sea level, the Lukla airport is the most lucrative airfield for domestic airlines. The cost of the 25-minute flight from Kathmandu for foreigners is probably the world's most expensive as they have to shell more than three times higher airfare than the fare charged on Nepali travellers, it said.