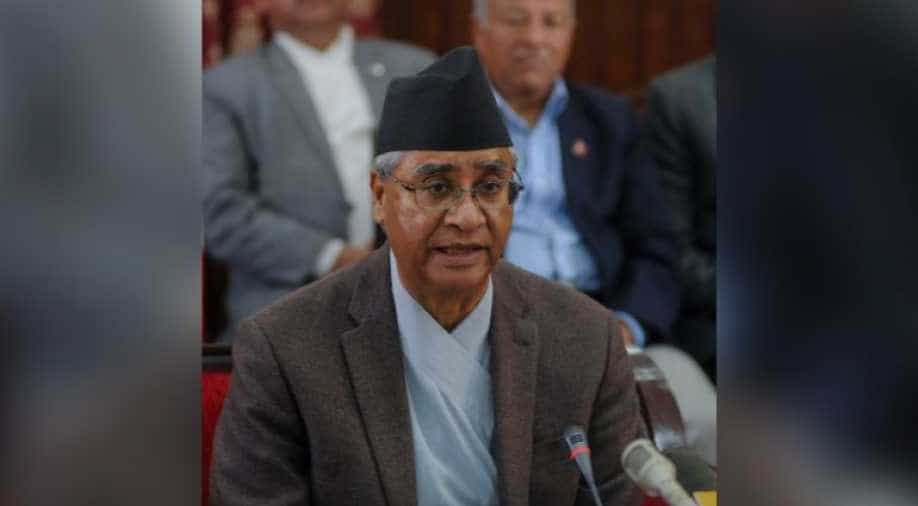 'The government wants to curtail press freedom through the bill which is unacceptable. We will not allow the government to pass the bill,' Nepali Congress (NC) president Sher Bahadur Deuba told reporters at Biratnagar Airport here.

The main opposition party in Nepal on Sunday warned of stalling the Parliament proceedings if the government tried to pass a controversial bill that aims to curtail press freedom by imposing a strict penalty on media outlets.

"The government wants to curtail press freedom through the bill which is unacceptable. We will not allow the government to pass the bill," Nepali Congress (NC) president Sher Bahadur Deuba told reporters at Biratnagar Airport here.

He said his party would stall the Parliament proceedings if the ruling Communist Party of Nepal tried to pass the Media Council Bill.

"The bill that curtails press freedom and human rights have to be withdrawn. We will not let the bill pass at any cost," he said, adding that the party, however, would not resort to violence and vandalism to press the government to withdraw the bill.

The bill, proposed by K P Sharma Oli-led government, has provisions to impose a fine up to Rs 1 million on media outlets, editors, publishers and journalists if they were found "guilty of damaging someone's reputation".

The bill also stipulates that the Nepal Media Council (NMC) can order the erring parties to pay compensation if the content in media outlets damages the reputation of the affected party. It also proposes punishment for violating the code of conduct which includes suspending press pass of media-persons and downgrading the classification of media outlets.

The bill has raised alarm among journalists who say that the government seeks to punish the press in the name of the regulation.

Along with the NC, the Rashtriya Janata Party-Nepal is also planning to stall House proceedings to prevent the passage of the draft legislation, said Laxman Lal Karna, a senior leader of the Madhesi-based party.

Meanwhile, the Federation of Nepalese Journalists (FNJ) has announced the second phase of protests against the Media Bill being tabled in the Parliament.