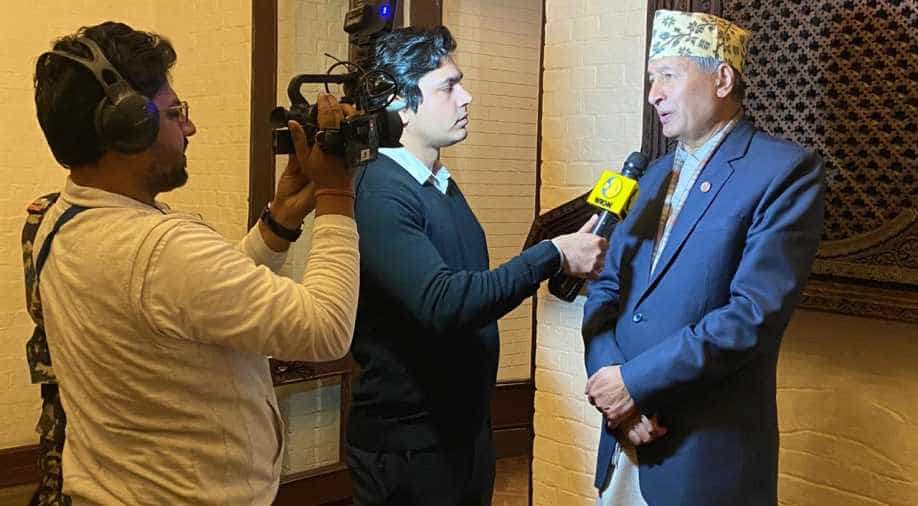 Nepal's Finance Minister Dr Yubaraj Khatiwada said India's ban on import of palm oil has been a worry for his country and Kathmandu has taken up with Delhi.

Nepal's Finance Minister Dr Yubaraj Khatiwada said India's ban on import of palm oil has been a worry for his country and Kathmandu has taken up the matter with New Delhi. Khatiwada spoke to WION's diplomatic correspondent Sidhant Sibal. Edited excerpts.

WION: How do u see the relationship between India and Nepal in terms of finance and trade?

Dr Yubaraj Khatiwada: we have a lot of interdependence between the two countries. Nepal's 2/3rd trade is from India and is our largest investment partner. India ports are our bridges to the world, and we have been working very closely with the Indian government. When the Indian economy performs well, we have trickle-down benefit in several areas and this includes investment opportunities. We like to see our neighbour prosper and we benefit from it.

WION: What kind of support you would like to see from New Delhi for your development needs?

Dr Yubaraj Khatiwada: It's a long menu. First is infrastructure connectivity. We are talking about better road connection, waterways and electricity transmission lines. They are happening, thanks to the government of India which has supported Nepal in better connectivity which includes an optical fibre. The second priority is trade relations. Nepal being a small economy like to get favourable treatment in terms of non-reciprocal treatment for some of our produces. Often times we may not able to compete in the market place. our products are very small and would like to see non-reciprocity in trade relations. Another area is trade facilitation, thanks to India for ICP. Exim bank is doing a lot of works in terms of leveraging our financial requirements.

WION: Demonetisation impacted you. Are the worries associated with it over?

Dr Yubaraj Khatiwada: The previous government should have approached the Indian government right on time. You know, now this is a standing issue. We don't want, to stick to that issue. Indian currency is regional currency, and large denomination currency notes which people can carry to Nepal should be managed in a better way so that in future we don't have to repeat such kind of problems. I should be looking forward, so that in a futuristic way, that any kind of problem that was created in the past should not be repeated so that new currency notes, large currency notes, were issued by India.

Nepal are not comfortable to carry the notes, with the fear that they will not be accepted back to India. We just want to see that currency management takes a smoother path.