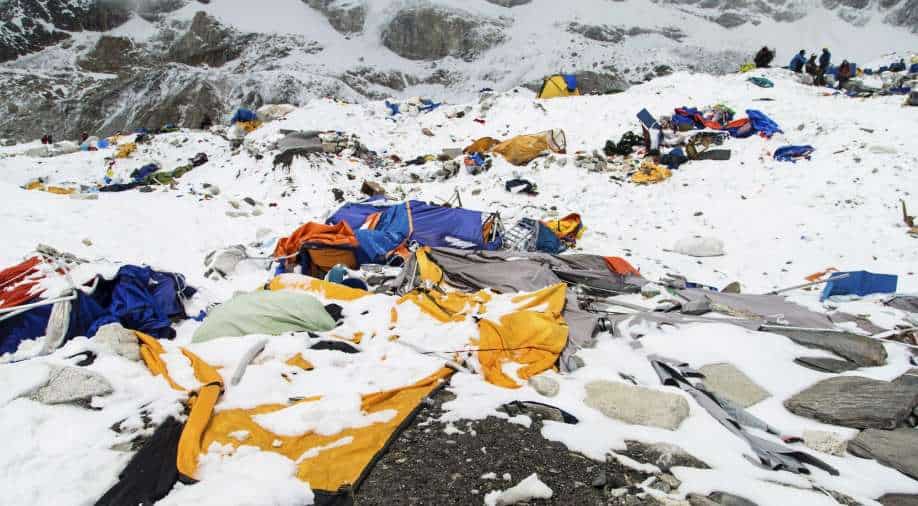 Global warming and increasing human activity have forced Nepal to move the Everest base camp, which has been rapidly melting and thinning.

The camp— which is situated atop Khumbu glacier camp at an altitude of 5,364m—attracted 1,500 people from all over the world last year during the spring trekking season.

Taranath Adhikari, the director general of Nepal’s tourism department, told the BBC that the new base camp is being moved at a lower altitude which does not have year-round ice.

The new camp site for climbers will be situated 200-400m lower than the existing one, the official added.

“We are now preparing for the relocation, and we will soon begin consultation with all stakeholders,” Adhikari was quoted as saying.

The move comes following reports that the Khumbu glacier has been melting at a rapid pace. Experts have raised concern over melting water destabilising the glacier and the emergence of crevasses at the base camp posing problems for climbers.

"It is basically about adapting to the changes we are seeing at the base camp and it has become essential for the sustainability of the mountaineering business itself,” Adhikari said.

Government officials have told the BBC that shifting the camp could occur as soon as 2024.

Regarded as the world’s best-known campsite, the Everest base camp is now at an altitude some 50m lower than it was in 1953 when Tenzing Norgay and Edmund Hillary climbed the world’s highest mountain, according to Nepali Times.

A study by researchers from Leeds University in 2018 showed that the segment close to base camp was thinning at a rate of 1m per year.

Most of the glacier is covered by rocky debris, but there are also areas of exposed ice, called ice cliffs, and it is the melting of the ice cliffs that most destabilises the glacier, one of the researchers, Scott Watson, told the BBC.

"When ice cliffs melt like that, the debris of boulder and rocks that are on the top of the ice cliffs move and fall and then the melting also creates water bodies," he said.

"So we see increased rock falls and movement of melt-water on the surface of the glaciers that can be hazardous."

Watson said the glacier was losing 9.5 million cubic metres of water per year.