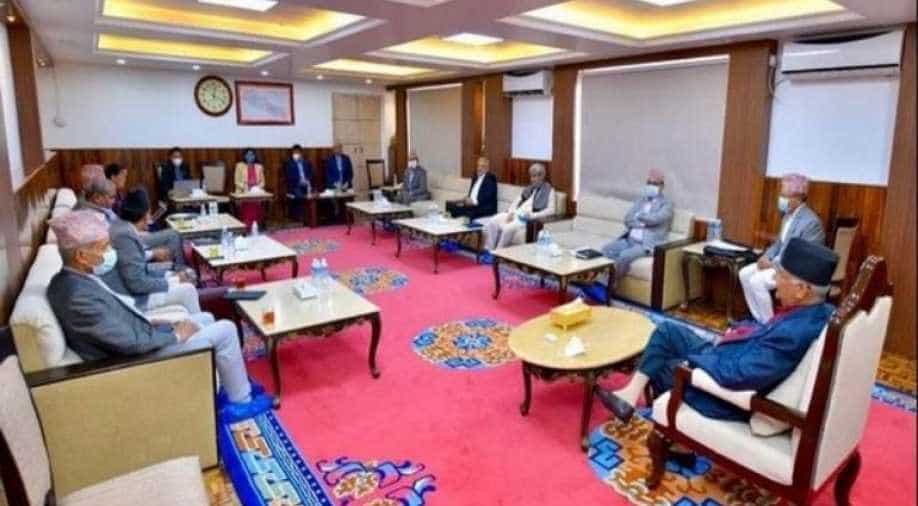 The ruling Communist Party of Nepal's central secretariat meeting scheduled for Saturday has been cancelled as two senior ministers are in self-isolation after a staff member tested positive for coronavirus.

Deputy Prime Minister and Defence Minister Ishwar Pokharel and Home Minister Ram Bahadur Thapa are self-isolating at home after a staffer at the Crisis Management Center (CCMC) tested positive for the virus. Both ministers are the members of the CCMC.

A source close to the Communist Party of Nepal (CPN) said the decision to stay in home isolation was taken as a precautionary measure as the staffer had recently attended a CCMC meeting in Kathmandu.

Both Pokharel and Thapa regularly attend the CCMC meetings as key members of the body constituted by the government to ensure effective measures to contain the COVID-19 pandemic.

Both the ministers have already undergone tests to check if they have contracted the virus, a senior member of the CPN Standing Committee said, adding that the new date of the meeting will be fixed as soon as their reports arrive.

The ministers are also the members of the nine-member Secretariat body of the ruling Nepal Communist Party (NCP). The meeting was supposed to deliberate and endorse the report submitted earlier by a six-member panel headed by General Secretary Bishnu Paudel to resolve the intra-party feud in the CPN.

This is the second time the Secretariat meeting of the NCP has been postponed recently. The meeting was earlier deferred for Saturday as another senior leader Madhav Kumar Nepal was in home isolation after nine security personnel, including his driver, tested positive for the virus.

The CPN is passing through a crisis after senior leaders of the party including executive chairman Pushpakamal Dahal Prachanda demanded that K P Sharma Oli resign from both as Nepal's Prime Minister and the party chief.