Nepal fully vaccinates over 15% of its population against COVID-19 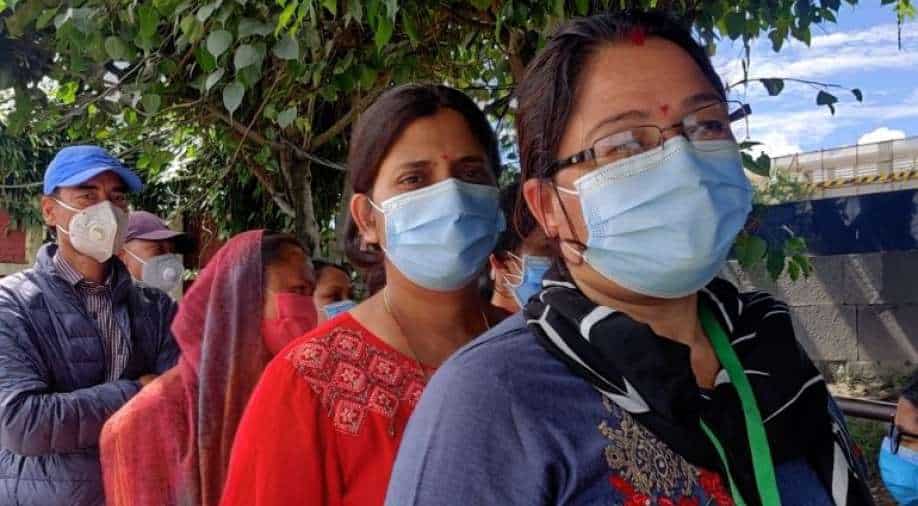 People wait in long queues to get vaccinated in Nepal Photograph:( WION )

According to the latest figures released by the Nepal health ministry, 46,67,328 people have been completely vaccinated

In the ongoing vaccination campaign, Nepal government on Wednesday said that it has successfully vaccinated over 15 percent of the population and has so far administered 10 million doses of COVID-19 vaccine.

According to the latest figures released by the Nepal health ministry, 46,67,328 people have been completely vaccinated, that is, 15.4 percent of the population.

Around 54,24,836 people have received their first vaccine dose that is 17.9 per cent of population, said the ministry.

While 21,756,763 (71.6 percent) are the target population to be vaccinated for which it is said that more than 40 million doses of vaccines will be required.

As per the survey result, 68.6 percent samples showed development of antibody.