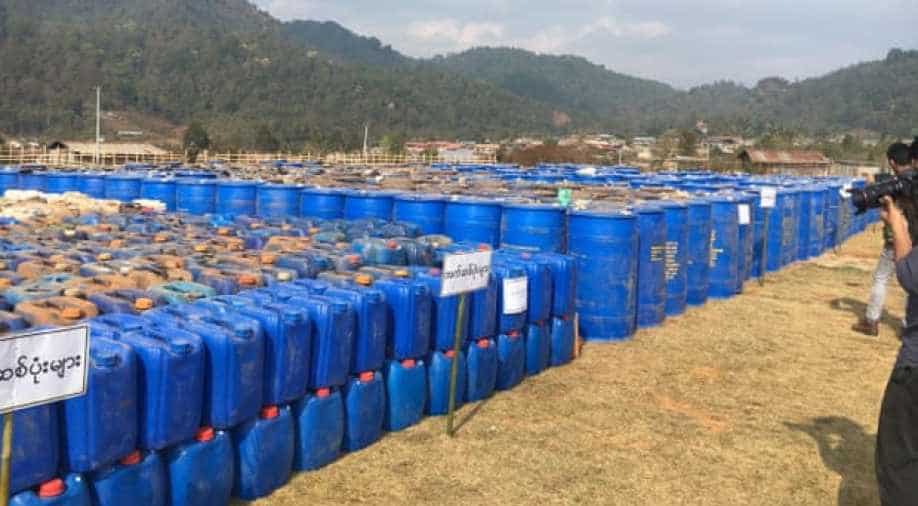 Barrels of precursor chemicals used to make drugs such as methamphetamine, ketamine, heroin and fentanyl seized by Myanmar police and military  Photograph:( Reuters )

Between February and April, authorities swooped on labs in the lawless Kutkai area of Shan state, seizing nearly 200 miilion meth tablets, 500kg of crystal meth, 300kg of heroin, and 3,750 litres of methyl fentanyl.

Myanmar has made south-east Asia’s largest-ever seizure of synthetic drugs in raids that revealed ''unprecedented'' production of opioids in the area, the UN has said.

The seizures announced Monday were conducted during a three-month operation that centered around Lwe Kham village in Kutkhai Township in Myanmar's northeast Shan state. Thirty-three suspects were arrested.

Jeremy Douglas, the regional coordinator for the United Nations Office of Drugs and Crime (UNODC), said "what has been unearthed through this operation is truly off-the-charts."

They also seized nearly 3,750 liters (990 gallons) of liquid methylfentanyl, which is used to make a powerful synthetic opioid like fentanyl.

The United Nations Office on Drugs and Crime (UNODC) described the haul as one of the largest and most successful counter-narcotics operations in the history of the region. 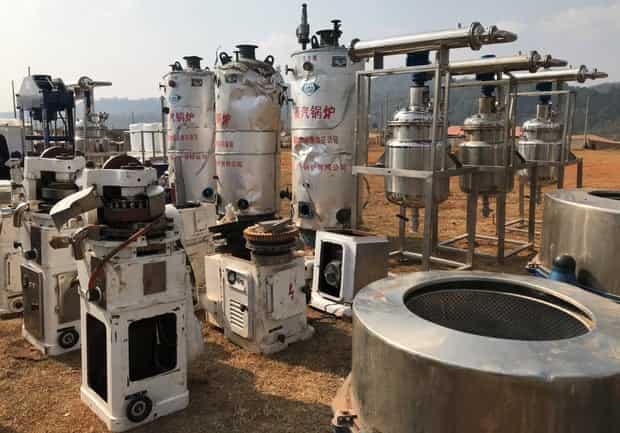 Some of the high pressure chemical reactors, and mixers used for manufacturing illicit drugs seized by Myanmar police

The production network could have been possible only with the backing of serious transnational criminal groups, he added.

The raids unearthed “unprecedented” methyl fentanyl, the sign of a new trend of synthetic opioid production emerging “on a scale nobody anticipated”, said Douglas.

Fifty times stronger than heroin and up to 100 times more potent than morphine, fentanyl can be lethal from as little as two milligrams, the equivalent of a few grains of sand. 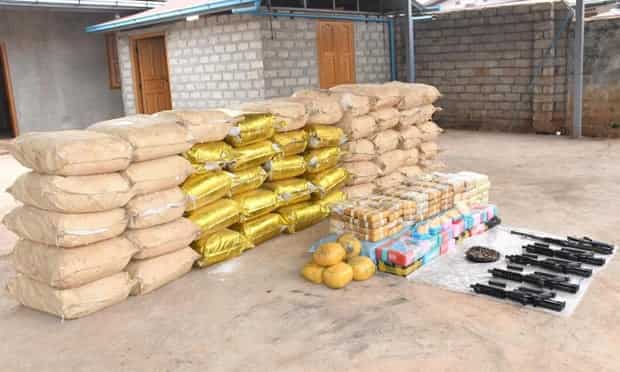 Myanmar is under pressure to stem the deluge of drugs from its border regions. Shan state is part of the ''Golden Triangle'', a wedge of land cutting into Myanmar, Laos, China and Thailand and virtually untroubled by authorities despite the multi-billion dollar trade.

Myanmar is the world’s second-biggest producer of heroin after Afghanistan, and is now widely thought to be the largest global source of meth, fuelled by the flood of precursor chemicals from China.