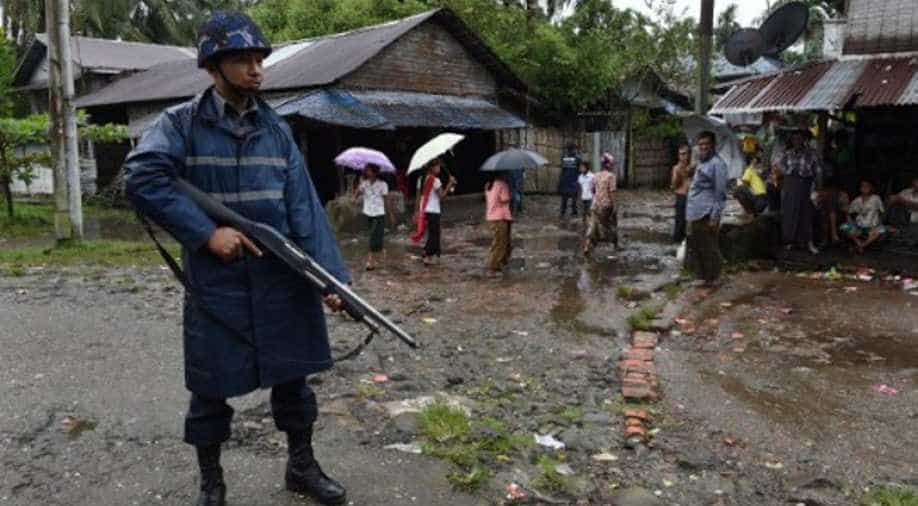 The country's troubled western Rakhine state has seen a series of clashes in recent weeks between security forces and the Arakan Army (AA), an armed group calling for more autonomy for the state's ethnic Rakhine Buddhist population.

Myanmar has called on its military to "launch operations" against ethnic Rakhine rebels behind a deadly attack on four police stations last week, a government spokesman said Monday, as a surge of violence forces thousands more from their homes.

The country's troubled western Rakhine state has seen a series of clashes in recent weeks between security forces and the Arakan Army (AA), an armed group calling for more autonomy for the state's ethnic Rakhine Buddhist population.

The area is one of the poorest in Myanmar and is scarred by deep ethnic and religious hatred.

A brutal army campaign in 2017 forced hundreds of thousands of Rohingya Muslims over the border into Bangladesh, operations justified by the army as a way to stamp out Rohingya militants.

Authorities said that the attack by hundreds of militants left 13 police officers dead and nine wounded before the army, known locally as the Tatmadaw, were able to provide back-up.

The AA said that three of its fighters had been killed, accusing the military of using the police stations as a base from which to fire heavy artillery.

"The president's office has already instructed the Tatmadaw to launch operations to crack down on the insurgents," government spokesman Zaw Htay told reporters in the capital Naypyidaw.

Some 4,500 people have been displaced by the recent weeks of violence, the UN's humanitarian agency said on Monday.

Over the weekend, people streamed to nearby monasteries and other makeshift camps to escape the crossfire, carrying infants and bags of belongings.

The increase in fighting comes just two weeks after the military declared a four-month ceasefire with a number of armed groups in Kachin and Shan states on the other side of the country.

But Rakhine was a notable exception, and army operations against the AA have continued.

Myanmar's civilian leader Aung San Suu Kyi stated that the peace process would be her top priority after her party swept to power in landmark 2015 elections.

There are around two dozen conflicts festering around the country's restive borderlands, some of which date back 70 years to when the nation declared independence from colonial power Britain.

But he said the fighting could mean that greater numbers of AA fighters have "infiltrated the borderlands and are extending their reach" in what he described as "classic guerrilla strategy".

The AA has expanded its ranks since its formation in 2009 and is now believed to have several thousand recruits.

Zaw Htay, the government spokesman, called on ethnic Rakhine people not to back the rebels.

"Consider Rakhine's future deeply. Think carefully about the future you want to see before giving them your support," he said.