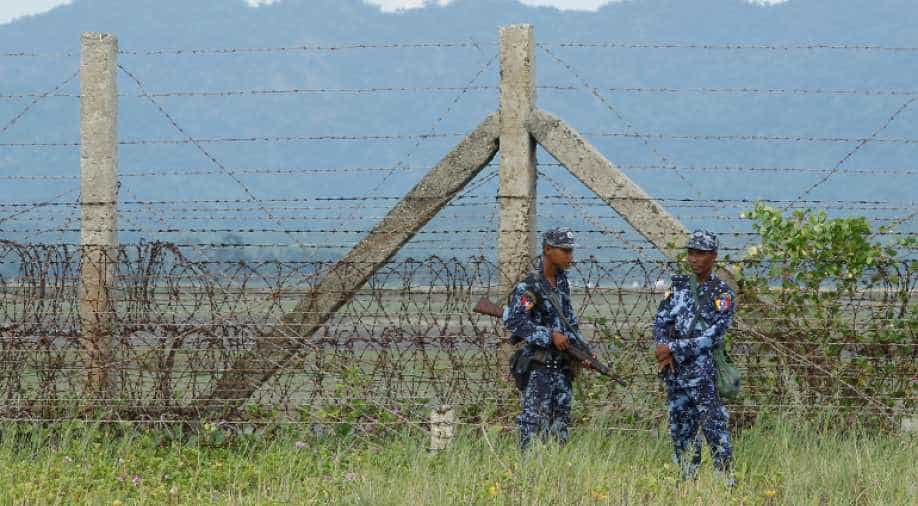 The official Myanmar News Agency said four police posts in the Buthidaung area in northern Rakhine came under attack from hundreds of Arakan Army fighters after daybreak on Friday.

Fighting resurged in Rakhine state in early December between government forces and the rebel Arakan Army, which wants greater autonomy for Rakhine, where the mainly Buddhist Rakhine ethnic group makes up the majority. The Arakan Army does not cite religion as a factor in its insurgency.

It was also in the restive western state that a military-led crackdown in 2017, following attacks by Rohingya Muslim insurgents, prompted hundreds of thousands of Rohingya to flee westwards to neighbouring Bangladesh.

The separate conflict between the military and Arakan Army rebels forced 2,500 civilians from their homes by the end of last year, according to the United Nations.

The Arakan Army says it has been fighting for nearly a decade for self-determination in "the land of Arakan," another name for Rakhine. An independent kingdom ruled in the coastal area until the 18th century.

The Arakan Army is one of multiple armed groups fighting in the name of ethnic minorities in the rugged borderlands of Myanmar, a country once known as Burma where around 90 per cent of people are Buddhists.

The official Myanmar News Agency said four police posts in the Buthidaung area in northern Rakhine came under attack from hundreds of Arakan Army fighters after daybreak on Friday.

Thirteen policemen were killed and nine injured as police were forced to abandon two of the posts, it said, adding that the military was now conducting a "clearance" of the area.

"These police posts are there to protect the national races in the area so (Arakan Army rebels) shouldn't attack them," Zaw Min Tun said, referring to mostly Buddhist ethnic groups in the area who are, unlike Rohingya Muslims, considered Myanmar citizens.

He said later that rebels had freed at least 12 members of the security forces it detained in the fighting.

The attacks, he added, came in response to a Myanmar military offensive against the Arakan Army in recent weeks that had also targeted civilians. The military has denied targeting civilians.

The Myanmar military last month announced a four-month halt to fighting in the north and northeast of the country to kick-start peace talks with armed groups seeking autonomy, but that announcement excluded Rakhine state.

The Myanmar police force said on Saturday it had opened cases against those involved in Friday's attack under Myanmar’s Counter-Terrorism Law and a weapons law.

"This is a carefully planned premeditated attack to harm the lives and property of the people and to further aggravate the instability in the Rakhine State," the English-language Global New Light of Myanmar newspaper said on Saturday.

Friday's violence erupted shortly after the national flag was raised across the southeast Asian country to mark 71 years since independence from Britain, but the Arakan Army spokesman denied any connection between the attacks and the anniversary.

"We are not independent yet. Today is not our Independence Day," Khine Thu Kha said.

Last August, a U.N. report accused the Myanmar military of mass killings and rapes of Rohingya with "genocidal intent" in 2017 in an operation that drove more than 700,000 of them to flee to Bangladesh, according to U.N. agencies.

Myanmar has denied the charges, saying its military launched a counter-insurgency operation after attacks on security posts by Muslim militants.