Meet Karachi's cops who roll on 'blades' to catch criminals 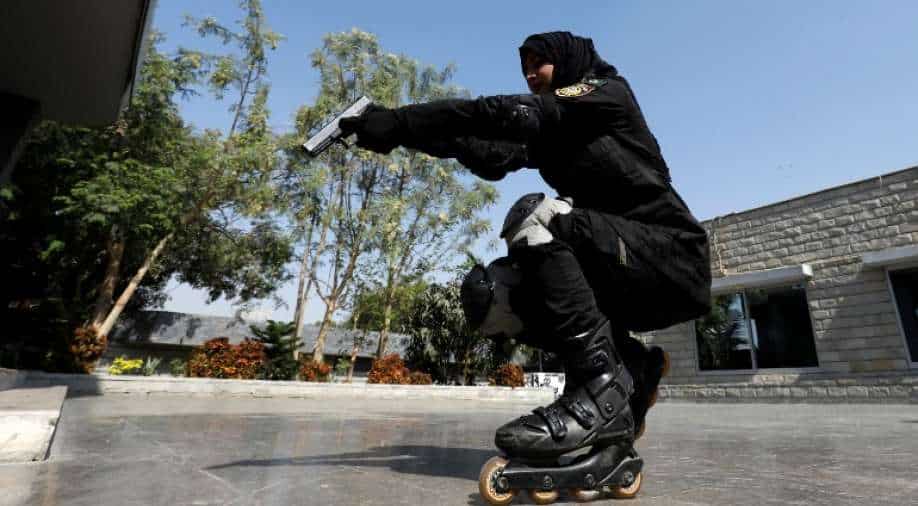 A Special Security Unit (SSU) police member holds up her weapon as she rollerblades during practice at the headquarters in Karachi, Pakistan Photograph:( Reuters )

Don't get surprised if in Pakistan's Karachi you see cops running after criminals with rollerblades.

This is a part of rigorous training of a group of police officers for a new armed rollerblading unit to control theft and harassment on the city's streets.

The 20-member unit comprises 10 men and 10 women cops who were seen gliding in a circle and lowering and lifting their unloaded guns in unison.

"We felt we needed to come up with an innovative approach to control street crime," Farrukh Ali, head of unit, was quoted as saying by news agency Reuters.

He explained how these police officers can comfortably nab thieves riding bikes.

Also read | FDI in Pakistan down by 27 per cent in the first seven months; investment from China dwindles: Report

"This rollerblading will really benefit us. With this training, we can reach narrow alleys very quickly where it is usually difficult to go," Aneela Aslam, an officer of the group said.

However, Farrukh said this team cannot be deployed across many parts of the city as rollerblading require good and even roads.

They would be commissioned to public places where the theft and harassment rate is high, the unit chief said.

He also said that the unit would only use handguns, and in certain locations, including shopping malls, the cops will not be armed.

These police officers are expected to officially begin this duty next month, though, they were recently seen deployed outside the venue of the Pakistan Super League cricket tournament.