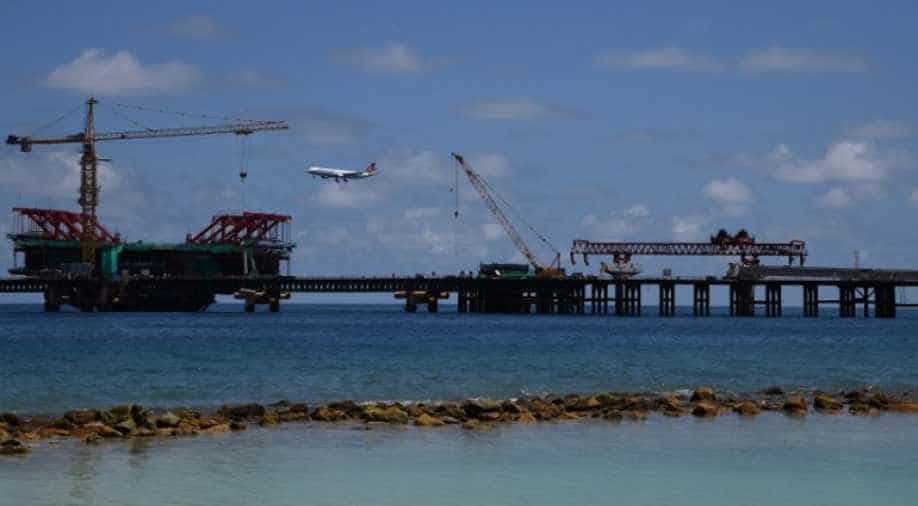 Foreign minister Abdulla Shahid told reporters on Thursday that China was a generous donor, but the previous Maldivian government borrowed heavily without adequate provisioning for repaymen

The Maldives is seeking a "diplomatic" solution to restructure its Chinese debt as the small but strategically located atoll nation struggles with repayments, the foreign ministry has said.

Former strongman president Abdulla Yameen relied heavily on Beijing to provide financial support during his five year term and his successor's party has accused China of a land grab in the country.

Foreign minister Abdulla Shahid told reporters on Thursday that China was a generous donor, but the previous Maldivian government borrowed heavily without adequate provisioning for repayments.

Speaking in Sri Lanka's capital Colombo he said the direct loans as well as government guarantees to state-owned enterprises on their loans from China amount to a debt of some $1.4 billion.

This is a large burden he said for the nation of 340,000 Sunni Muslims.

"Borrowings by the previous government (of president Abdulla Yameen) were unreasonable and put us in difficulty," Shahid said. "But, we can solve this mess through diplomatic means."

The pro-Beijing Yameen was jailed last month for five years and fined $5 million for corruption during his term that ended late last year.

"We could have a debt restructuring in the future. I am in contact with the Chinese government and I am confident that we can reach a diplomatic understanding."

Shahid is visiting Sri Lanka for talks with Sri Lanka's new leaders -- President Gotabaya Rajapaksa and his Prime Minister brother Mahinda -- who had also borrowed heavily from China during their previous term in office between 2005 and 2015.

The former Sri Lankan government handed over control of the Hambantota port in the south of the island to a Chinese company on a 99-year lease in December 2017.

It said it was unable to service a $1.4 billion debt from Beijing to build the loss-making harbour.

The port was one of a string of infrastructure projects in Asia, Africa and Europe being funded under China's Belt and Road Initiative, which critics say is saddling nations with debt.

The new president has publicly declared that he opposed handing over control over a strategic asset to China and said he wanted the deal renegotiated. He has not given details.