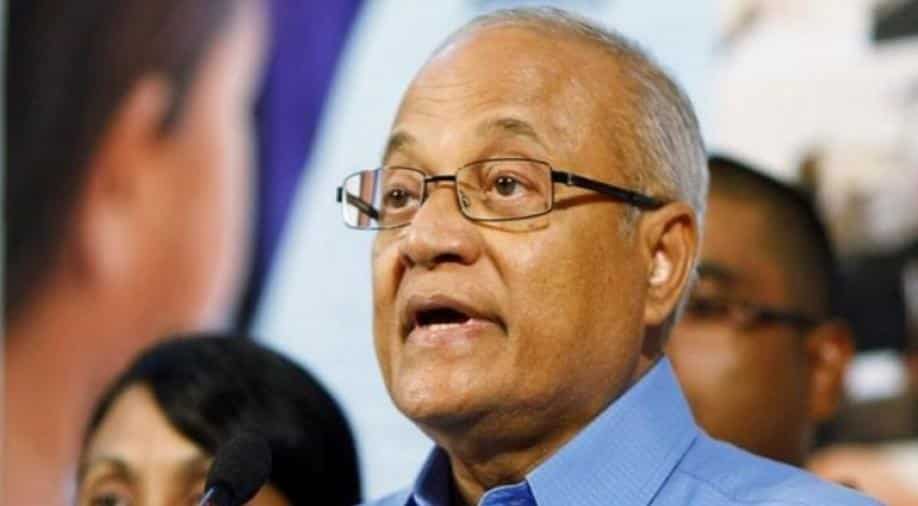 Gayoom, 80, ruled the largely Muslim island nation for 30 straight years until he was defeated at the country's first multi-party elections in 2008.

A Maldivian court overturned the 19-month jail term of Maumoon Abdul Gayoom on Thursday, a month after the former president's estranged half-brother and jailer suffered a shock election drubbing.

Gayoom, 80, ruled the largely Muslim island nation for 30 straight years until he was defeated at the country's first multi-party elections in 2008.

He was arrested in February and accused of participating in an alleged coup during a crackdown on rivals of strongman President Abdulla Yameen, in charges his family and observers said were politically-motivated.

Gayoom was granted bail at the end of September, a week after Yameen lost national elections that had been skewed heavily in his favour.

On Thursday a court in the capital Male quashed Gayoom's conviction for obstruction of justice -- a charge that arose when he refuse to hand over his mobile phone to police.

Gayoom is one of many political opponents and dissidents who were jailed or forced into exile during Yameen's strongman rule.

Mohamed Nasheed, the country's first democratically-elected president, was convicted on a terrorism charge and sentenced to 13 years in prison in 2015 after a trial characterised by Amnesty International as a "travesty of justice".

He obtained prison leave in 2016 to travel to London for medical treatment and has remained abroad since.

Former foes Nasheed and Gayoom teamed up before the election to back Ibrahim Mohamed Solih, a political neophyte who defeated Yameen in a landslide victory.

Yameen appeared on national television Wednesday to once again concede defeat in the last month's polls, despite mounting a court challenge to annul the results.

The Supreme Court is yet to deliver a verdict in the case, which hinges on Yameen's allegation that the election commission used invisible ink to understate his support on ballot papers.

He is due to step down on November 17.