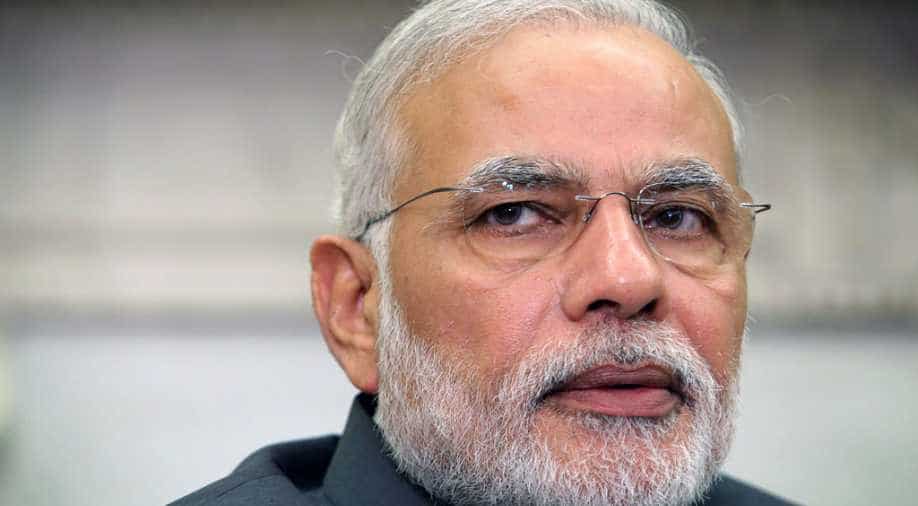 They appreciated the Prime Minister?s stand on the issue of Triple Talaq. Photograph:( Getty )

25 leaders from the Muslim Community, under the umbrella of the Jamiat Ulama-i-Hind, called on PM Narendra Modi||Noting that terrorism is a major challenge, they expressed resolve to combat terrorism with all their might

25 leaders from the Muslim Community, under the umbrella of the Jamiat Ulama-i-Hind, called on Prime Minister Narendra Modi. Welcoming the delegation, national security advisor Ajit Doval said that the whole world is looking at India today, and it is the responsibility of all segments of Indian society to take the nation forward.

Noting that terrorism is a major challenge, they expressed resolve to combat terrorism with all their might. They added that it is the Muslim community’s responsibility that under no circumstances should anyone compromise the nation’s security or well-being. They said that the Muslim community would never allow any conspiracy against India to succeed.

On the issue of Triple Talaq, The Allahabad High Court today said the rights of Muslim women, cannot be violated in the name of 'personal law'.

"A Muslim husband cannot give divorce in such a manner which would put a question mark on equal rights," the court observed.

The court also said basic and human rights cannot be exploited on the basis of gender.

It held that personal law may be applicable only within the purview of the Constitution and that fatwa, which is contrary to the justice system, is not valid.

"No fatwa can be contrary to someone's rights," the court said.