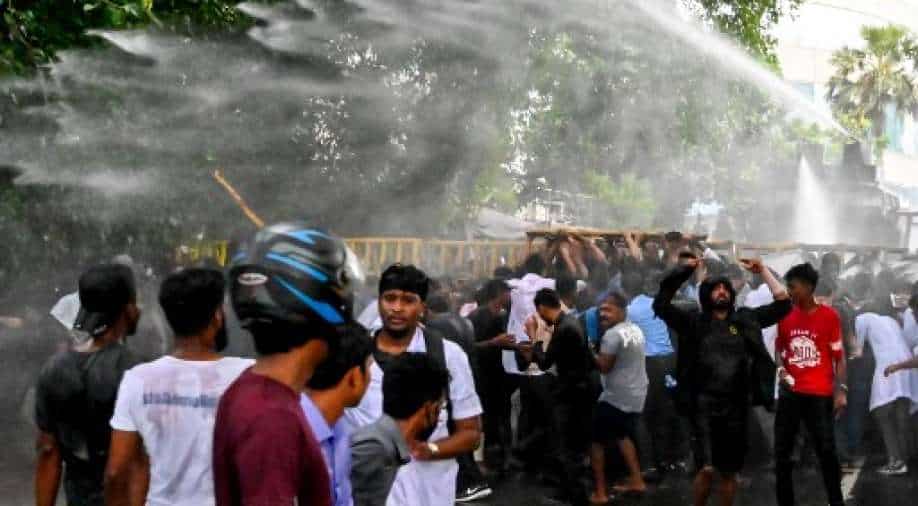 Amid the protests, Sri Lanka's new Prime Minister Ranil Wickremesinghe said the government would be proposing new laws to give parliament more power

Police in Sri Lanka fired tear gas shells to disperse students in Colombo as the country continues to grapple with economic crisis.

The police barracked road leading to President Gotabaya Rajapaksa's residence in the capital as Sri Lankans demanded the resignation of the president.

The country has been hit by fuel crisis and surging inflation. Last month the government declared it was defaulting on its $51 billion foreign debt.

"I propose to appoint four youth representatives to each of the 15 committees," Wickremesinghe said as he announced new reforms as part of the plan to revive the country's failing economy.

Wickremesinghe took over as the country's prime minister after the president's elder brother Mahinda resigned from the post earlier this month amid large scale anti-government protests.

Protesters had earlier tried to Rajapaksa's residence in March as the citizens began to hit out against the government. Wickremesinghe has been given additional charge of the finance ministry as the nation battles with the worst-ever economic crisis.