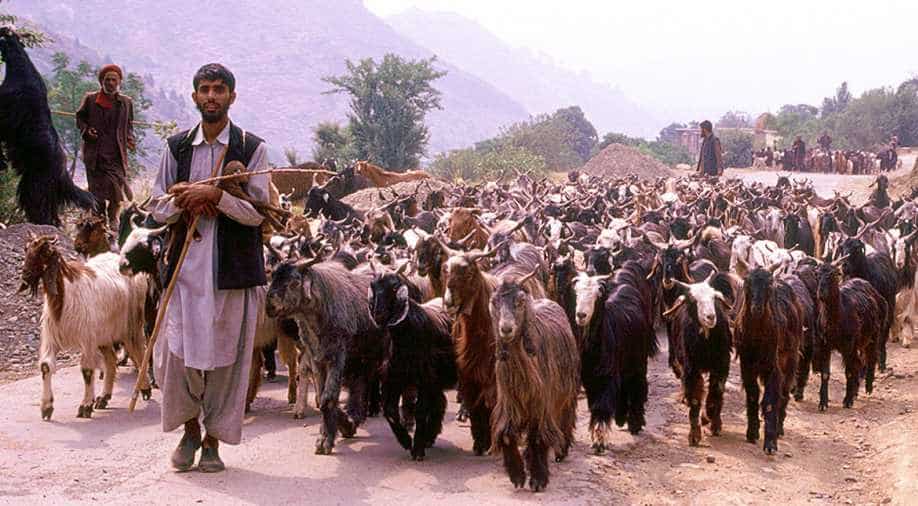 The average Kashmiri tends to believe democracy has not worked for him. Photograph:( Others )

The Indian public cares little for the Kashmiris, but perhaps even that is a good thing.

I was in Kashmir this July on a week-long reporting assignment. I got there a little less than a fortnight after the killing of Burhan Wani, a “commander” of the Hizbul Mujahideen, the homegrown insurgent group fighting for Kashmiri independence.

Kashmir, as you know, erupted in protest. Curfew was imposed for more than a 100 days and the Kashmir valley even today continues to be shut down because of a counter-strike (hartal) called by the Hurriyat.

The Indian state, as you will again know, came down heavily on the protesters and since then, more than 90 people have been killed in the police action, hundreds blinded, and as many as 17,000 people wounded.

The hospitals were full of the injured and the maimed.

In Srinagar’s Sri Maharaja Hari Singh Hospital, I walked through a ward of people blinded by buckshot from the “pellet” guns that the security forces use in Kashmir as a crowd-control measure. “Pellet guns” are a euphemism for shotguns or twelve-bores, originally designed for the hunting of game.

The cartridges that go into the guns are filled with lead pellets and when fired, they branch out as they travel. That allows the shooter to bring down, say, a bird in flight.

Anybody who has used one will tell you there is little about them that is non-lethal.

It was a sobering experience.

I talked little but encountered tremendous anger against what is referred to there as the “Indian media”, with the local people complaining that their side of the story never seems to find its way into the record.

In my week there, there were reports of journalists being roughed up. So much so that the Hurriyat had to put out an appeal through the papers that journalists be allowed to do their job.

A few days later in a village in South Kashmir, two appeals were made to me which I imagine will stay with me for some time to come. The first was by a man who told me, “You have to tell the world what is happening to us here.” And the second was by a young boy who said, “These (pellet) guns are used on animals, but here they are being used on us.”

A 2015 Medicines Sans Frontiers (MSF) report says close to half of Kashmir’s adult population suffers from signs of post-traumatic stress disorder, anxiety, or depression. When I talked to the former professor who wrote the foreword to that report, he told me that a study he had worked on 10 years earlier found that about half of Kashmir’s population had witnessed a “traumatic” event in their lives.

But something strange begins to happen when this message is disseminated southwards for by the time it reaches the mainland, it takes on a different tenor. By then, the Kashmiri is portrayed as “volatile”, “quick to anger”, and somebody who “speaks with a forked tongue”.

Of course some of that is true, but it is impossible not to draw a link between the MSF and earlier reports and the “volatility” of the Kashmiri populace.

This tweaking of the message works against "India". You remember I told you about the anger that was felt against the “Indian media”? Again and again I was told that the leaders of the Kashmiri separatist movement were happy for it – that “it was the only thing that kept the agitation going this long. If it had not been for them, we just did not have the resources to keep it going”.

A few days before leaving for Kashmir, I had read an opinion column by one of our more right-wing columnists who said – the column would have been written in the fervour following Wani’s killing – it is obvious now that the Kashmiris want the creation of an Islamic state. I had snorted derisively then but even that turned out to be seemingly true.

Sitting with young men in a restaurant in Srinagar, I asked them, “Do you want an Islamic state?” They answered in the affirmative.

Their idea of an Islamic state was a mixture of Islamic law and a socialist state.

As generally tends to happen, we got stuck on the question of what would happen, under those circumstances, to a hypothetical thief and an adulteress. Sharia law prescribes (in certain cases) the amputation of a hand for the thief and the death by stoning for the adulteress. (We hear less often of what might happen to an adulterer.)

“Would you want that to happen, in the case of the adulteress?” I asked.

“Yes,” one of them said. “Imagine what the husband will be going through.”

But it is important to try and understand how such a situation might have come about. The average Kashmiri tends to believe democracy has not worked for him. How can he, when the Indian state has killed more than 90 protesters this year?

It is important to remember that they were protesters, and not militants with guns. In the week that I was there, the youngest victim of the “pellet” guns was a four-year-old girl. She was shot in the chest, the abdomen, and the vagina, and she lost one eye.

Religion then is your only form of protest. It allows you to grow a beard, or to wear a burqa. It is in effect a self-defence mechanism. Nor is it difficult to understand the Kashmiri state of mind when people south of the border clamour for a similar religious state.

Somehow, the Indian state has omitted to tell us these things, sticking to the old formula of “Kashmir is an integral part of India”. The Indian public, perhaps blamelessly, has lapped it up. It would be better to tell them the truth, and prepare them for the autonomy that must in time come to Kashmir. The very same autonomy – although the cry on the Kashmiri street is one of “azaadi” – that is promised to them in our constitution.

It is something the Indian public will happily stomach.

You remember I told you the Indian public cares little for the Kashmiris? On my first weekend back from Kashmir, I was invited on Saturday night to a friend’s home in Gurgaon. The word “party” was used but in truth, it was one of those corporate affairs at which corporate people talk about corporate affairs.

At some point, I mentioned Kashmir. The recent and current death tolls, the little girl shot and blinded.

People stopped, nodded, and then carried on as they were.

The current state of affairs, or autonomy, the Indian public will happily live with either. It doesn’t matter.