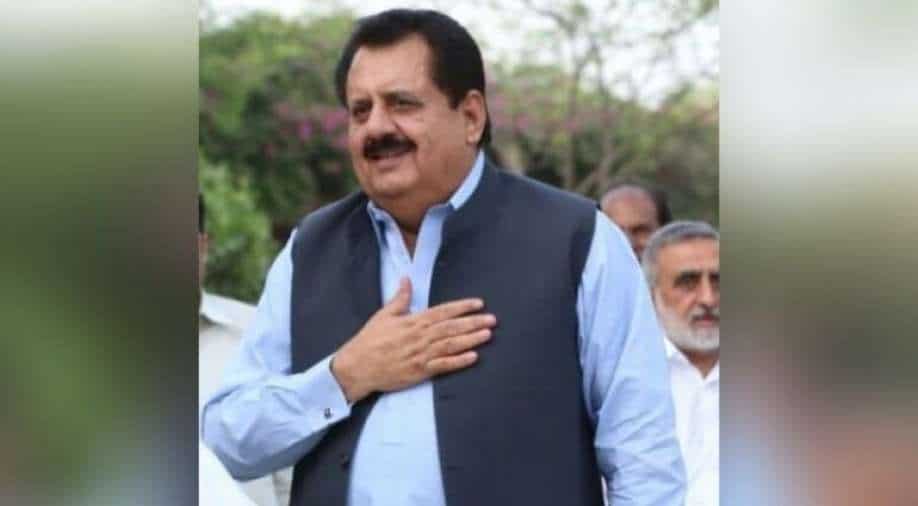 The clips showed a nurse giving vaccine jabs to family members of Minister for Housing Tariq Bashir Cheema, which seems to be a clear violation of government policy regarding Covid-19 vaccination

A federal minister in Pakistan found himself in hot waters on Tuesday after video clips showing his family getting shots of coronavirus vaccine surfaced online, creating a stir as netizens accused him of 'jumping the queue' and demanded an apology from him.

The clips showed a nurse giving vaccine jabs to family members of Minister for Housing Tariq Bashir Cheema, which seems to be a clear violation of government policy regarding Covid-19 vaccination.

Cheema belongs to the Pakistan Muslim League Quaid (PML-Q), which is an ally of the ruling Pakistan Tehreek-i-Insaf (PTI).

Pakistan's vaccination drive began on February 2 starting with frontline workers followed by general health workers and people over 60 years of age. The government expanded it to people above the age of 50 from Tuesday.

Eligible people register themselves by sending an SMS to a designated phone number and get a message about the date and place of vaccination.

The people in the video clips were seen flashing the thumbs-up sign after getting the shots. Former model and television host, Iffat Omar, was also shown in one of the videos.

The videos were shared on the Instagram account of one of Cheema's relatives but the account is no longer active and apparently has been deactivated after backlash on social media.

The video clips stirred up a storm on social media as netizens and journalists called out the minister for 'jumping the queue'.

"I expect and demand an apology from Cheema. First, he along with his family did an immoral thing, and then he had the audacity to lie about it calling it a trial shot," said journalist Mehr Tarar.

"These fake liberals are liberal to the extent of swearing. They have no morals or shame. They portray themselves as law-abiding citizens but their actions show otherwise," Gill tweeted.

Cheema, in a statement, denied using his political influence to get his family members vaccinated and claimed that the teams from the University of Health Sciences came to his home to administer a booster shot of a trial vaccine, adding that it had done the same before.

However, the university rejected it by saying that all trials of the vaccines had already ended.

“No trial vaccination is going on as we are now following up the trials' results which will go on for months," said Mohammad Asif, University's Director, Media.