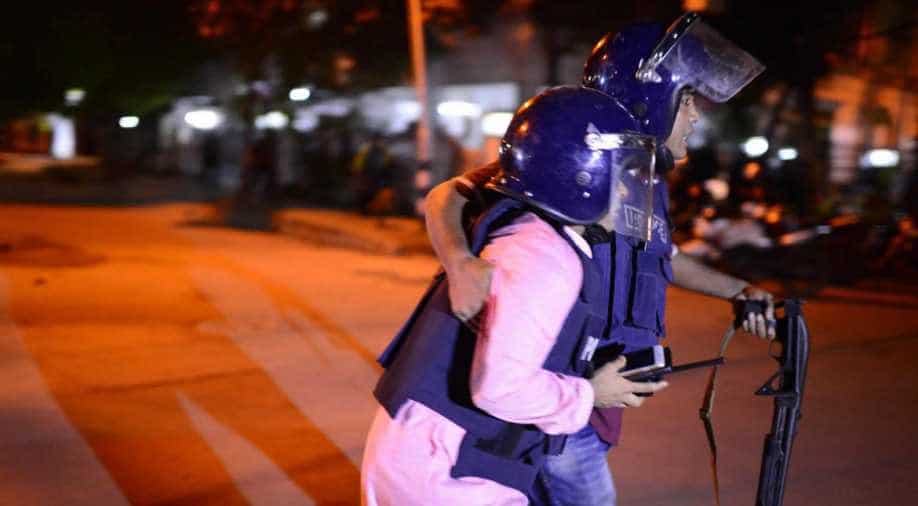 Islamic State posted photos on Saturday it claimed to be of foreigners killed in an attack on a cafe in Dhaka, Bangladesh, where gunmen were holding hostages as police laid siege to the building, news agency Amaq said.

Islamic State has claimed responsibility for the attack and said 24 people were killed. Bangladesh police have said two police officers were killed and at least 20 people wounded.

The group claims to still be holding a number of hostages inside the cafe.

Italian and Indian nationals are among the hostages, said a duty officer at the Rapid Action Battalion's (RAB) control room.