Raising a 'proper' wife through cutting her genitals 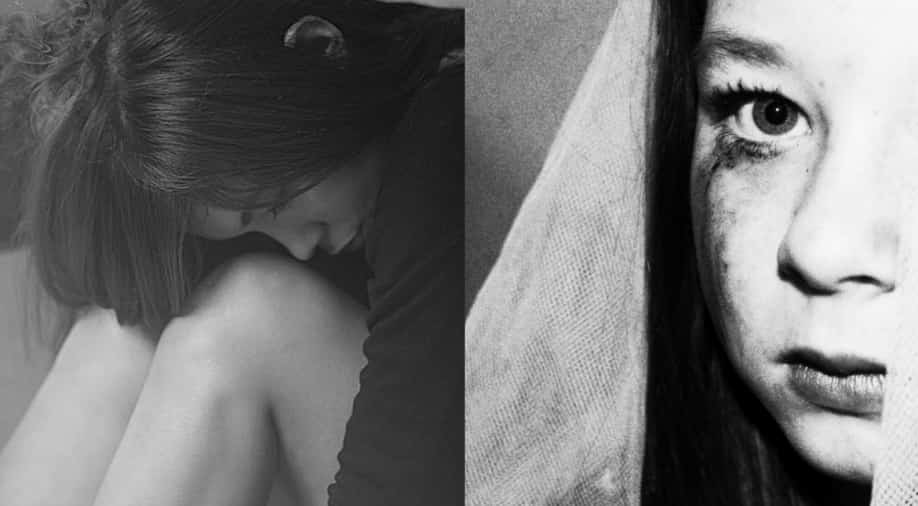 The minority always sees any change as a threat to their religion. People need to realise that these cruel traditions should go if they want their community to prosper (Representational Image: Left-Helga Weber, Right-Pixabay) Photograph:( Others )

Harmful customary practices, deeply rooted in societal attitudes, regard women as inferior to men. These practices are often used to justify gender-based violence as a form of "protection" or control of women. One such custom is the cutting of genitals of a seven-year-old, practiced by the Bohra community in India. The chopping of the girl's clitoris is called Khatna by the Bohras. The world calls it Female Genital Mutilation--a term that describes the practice quite literally. Within the community residing in India, 80-90 per cent girls are cut in total secrecy.

"Globally, the practice is traditionally considered necessary in order to raise a girl with characteristics of a ‘proper’ wife, given that female genital mutilation is believed to preserve virginity or to restrain sexual desire,” says Veronica Birga, Chief of Women's Human Rights and Gender Section at the United Nations High Commissioner for Human Rights.

The practice is banned in United States, Canada, 24 African countries and the United Kingdom, to name a few. Even though India abides by international conventions that condemn the practice and has laws for child abuse and sexual assault, there is no distinct law for female genital mutilation.

Even though India abides by international conventions that condemn the practice and has laws for child abuse and sexual assault, there is no distinct law for female genital mutilation.

More on FGM: More than 500,000 girls in India at risk of female genital mutilation

According to media reports, Maneka Gandhi, the Union Women and Child Development minister, called the custom of a criminal offense and said that if the community does not stop it voluntarily, the government will bring in a law to ban the practice. It is only recently that women from the community have started speaking up against the practice. In 2015, an online petition on the website Change.org "Speak out on FGM" was started by women from Bohra community. Later on, non-Bohras also joined the campaign. On May 8, the Supreme Court sought a response from the Centre and four states on a PIL seeking a ban on female genital cutting. But, except for the National Commission for Women that has backed the campaign; the government has mostly remained silent.

The NGO also published a report, "A Guide to Eliminating FGM in India" and evolved a blueprint of how the law in India should look like.

'It is a matter of our right to customary practice'

This was the very first argument brought up by a supporter of FGM. Communities always see any change as a threat, without realising that not only are the justifications for FGM baseless and disproven by science, but also the practice is a form of child abuse and torture. “Patriarchial practices against women cannot be justified by some archaic cruel custom,” says Hilary Burrage, activist and author of two award-winning novels on FGM.

The prevailing belief in the community is that Khatna should not be classified as Type 1 FGM and that it is a matter of customary freedom. "There is also a misguided comparison being made, by Khatna-supporters, that female circumcision on seven-year-old girls is the same thing as clitoral unhooding, also called hood reduction, which is chosen voluntarily by an adult, sexually active women," says Aarefa Johari, co-founder of Sahiyo, a non-profit dedicated to ending the FGM in India.

Many also insist that female Khatna is equivalent to male circumcision. If boys can be cut, why not girls? "This argument is only partially valid. Yes, infant boys are cut without their consent too--so one can compare them on the grounds of consent. But that should not be a reason to defend both practices - instead, it should encourage us to re-examine both male and female circumcision of minors. However, female Khatna is not done for the same reasons as male Khatna. Boys are not cut to control or curb their sexual desire, neither are they cut to enhance their sexual pleasure. But these reasons are often associated with female Khatna," Johari adds.

Yes, infant boys are cut without their consent too--so one can compare them on the grounds of consent. But that should not be a reason to defend both practices - instead, it should encourage us to re-examine both male and female circumcision of minors.

In the legal argument to abolish FGM, the defendants would use "Right to customary practice" to protect the practice. During the fight in the United States, the same was used as a tool of defense. “We know that the same will be used against us in India,” says Masooma Ranalvi, founder of SpeakOut, who is herself a survivor.

A practice can be both a "custom" and a violation of human rights. "Religions are filled with practices and rituals that violate human rights and dignity, particularly for women - look at menstrual taboos, one-sided polygamy, iddat (the period where a Bohra woman must observe after the death of her spouse or after a divorce, during which she may not marry another man), Sati, the caste system--it is an endless list. When we are schooled to think of something as a sacred religious practice, something to be followed unquestioningly, and we tend to lose the perspective that these practices are violative,” adds Johari.

'There can be no surveillance -- we have the right to privacy'

The proposed law also suggests that vigilant surveillance on cutters is necessary to bring an end to the practice. Although defendants of FGM believe that this will violate their right to privacy, the view of activists, however, differ. "We are talking about a serious form of gender-based violence, which, even if committed in the private, calls into question the due diligence obligation of the state. This requires the state to take steps implement prevention measures, to investigate and prosecute cases and ensure remedies for the victims,"  adds Birga.

It is important to recognise that violent practices cannot be defended by labeling them as private. "Only because it has been a well-protected secret for such a long time and have come to public's attention only recently, does not mean any privacy rights have been violated. Moreover, when it comes to violence against women, issues are often swept under the run as being a private issue,” says Mariya Taher, co-founder of Sahiyo.

'What if the girl wants to get cut?'

The issue of whether individuals can consent to practices that are harmful to their health is a complex one. Many legislation prohibits practices that are detrimental to the health of individuals- even when they may consent to them, such as the one on alcohol or drug use. Practices such as Sati, even under consent were declared illegal. "The case of FGM is quite straightforward. It is often performed on very young girls that do not have the maturity and knowledge to give genuine and informed consent to the practice. Also, even in the case of adult women, in assessing consent one would really have to keep in mind the high social pressure for the practice to be performed in certain communities and the concrete risks of ostracism for those.” Birga explains.

But can a mere law end a thousand-year-old practice that supposedly purifies women? "Consistent community engagement is perhaps the most effective way to go. We need a multi-pronged approach for this, including a law against the practice, medical practitioners denouncing it, calling it out as a form of human and child rights violation - but without community engagement and education, a sociocultural norm rooted so deeply in tradition cannot end,” Johari concludes.