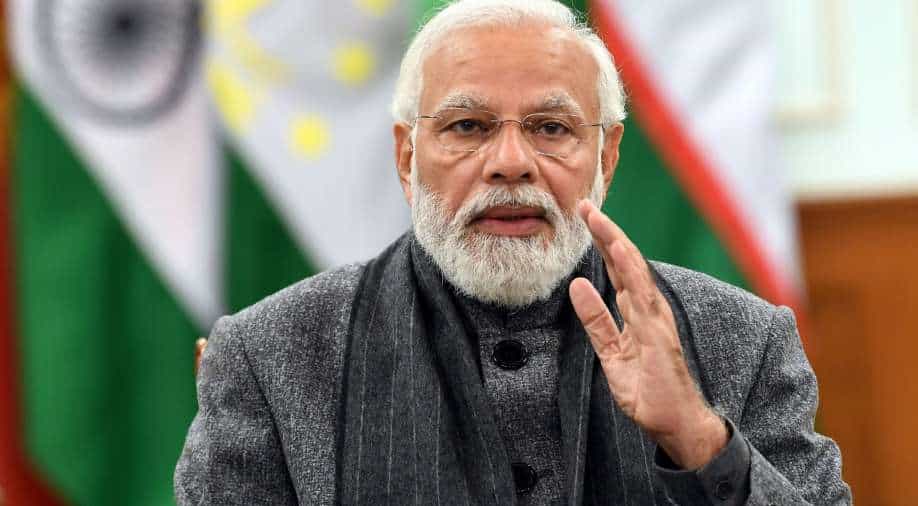 Sticking with the tradition during high-level exchanges between India and Nepal, Indian Prime Minister Narendra Modi will pay a visit to Nepal’s Lumbini on May 16.

This will be the fifth visit of PM Modi to Nepal.

Prime Minister Modi will attend the special ceremony on the auspicious occasion of Buddha Jayanti in Lumbini.

“The Prime Minister of India together with the Prime Minister of Nepal will participate in a prayer at the Mayadevi Temple, lay the foundation stone for the construction of a centre for Buddhist culture and heritage at the Monastic Zone in Lumbini, and address the special ceremony to be organised to celebrate Buddha Jayanti at the Lumbini International Buddhist Meditation Centre and Assembly Hall,” Nepal’s foreign ministry said in a statement.

While in Lumbini, the two prime ministers will hold bilateral talks and exchange views on Nepal-India cooperation and matters of mutual interests.

Nepal's foreign ministry said the upcoming visit of the Prime Minister of India will contribute to further strengthening the bilateral relations and the age-old socio-cultural bonds between the two countries.

As per the Indian foreign ministry, Prime Minister Modi will also deliver a speech at a Buddha Jayanti event organised by the Lumbini Development Trust under the aegis of the Government of Nepal.

Nepal Prime Minister Sher Bahadur Deuba had paid a visit to India in April after being sworn-in in July. It was the prime minister’s first bilateral visit abroad, in keeping with the tradition.

During Deuba’s visit, one of the highlights was the operationalisation of the 35-kilometre cross-border rail from Bihar Jayanagar, India, to Kurtha, Nepal. The Konkan Railway Corporation will provide the necessary technical support initially.

The second project that was inaugurated was the 90-km-long 132 kV double circuit transmission line connecting Tila, Solukhumbu and Mirchaiya, Siraha, which is close to the Indian border.

In addition to the above mentioned, agreements providing technical cooperation in the railway sector, Nepal’s induction into the International Solar Alliance, and a pact between Indian Oil Corporation and Nepal Oil Corporation on ensuring regular supplies of petroleum products were also signed.

Meanwhile, India has formally proposed Naveen Srivastava as the new ambassador to Nepal, as per sources.

Srivastava, who currently heads the East Asia division in the Ministry of External Affairs, has been playing a key role in diplomatic and military talks with China to tackle the military standoff along the Line of Actual Control (LAC) in eastern Ladakh that began two years ago.

Srivastava is set to succeed Vinay Kwatra, who was appointed as the foreign secretary.