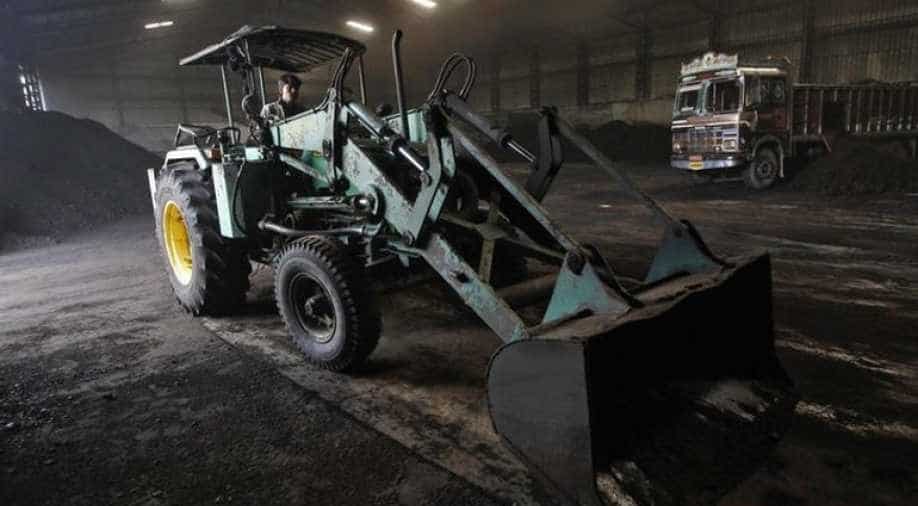 The proposal, dated Nov 30, is expected to be presented to Modi soon, three government officials with direct knowledge of the situation said. They declined to be identified because the information has not been publicly released. Photograph:(Reuters)
Follow Us

Attempts to break up the world's biggest coal miner would be met by strong resistance from powerful unions representing the company's employees of more than 350,000. The government backed down from a similar proposal in the face of union protests in 2014.

Around 70 per cent of India's power generation is coal based. The country is the world's third-largest producer and its third-biggest importer of coal, which the government wants to change by boosting local coal production.

In a presentation seen by Reuters, government officials recommend that Coal India - with a stock market valuation of $28 billion - should be broken up into seven companies, which they say would make it more competitive and efficient.

The proposal, dated November 30, is expected to be presented to Modi soon, three government officials with direct knowledge of the situation said. They declined to be identified because the information has not been publicly released.

A source close to power and coal minister, Piyush Goyal, said the ministry would review its stand on Coal India depending on what the prime minister says.

Coal India is the country's second-biggest employer, but critics say it is bloated and inefficient. Its output-per-man shift is estimated at one-eighth of Peabody Energy, the world's largest private coal producer, filed for bankruptcy protection this year.

Under Modi's government, though, production has risen sharply as environmental and other clearances to develop mines have been fast-tracked. The company is also spending billions of dollars on buying modern machinery to raise productivity.

Modi was exploring a breakup of Coal India before taking office, Reuters reported in 2014, but the government put the idea on the back burner following protests by unions.

Unions fear restructuring Coal India would almost certainly lead to job cuts and work being outsourced to private companies, so are likely to protest against a breakup.

"What happens is that once a big company is broken down, it is easier to control the smaller ones," said DD Ramanandan of the All India Coal Workers' Federation, which he said represents more than 100,000 workers of the company. "But if it happens, we will oppose it. We will oppose it through all ways possible, including strike."

In late October, Modi set up 10 groups of senior bureaucrats to "undertake a critical review" of government work in a number of areas, including energy, transport and agriculture.

The proposal to break up Coal India comes from one of these groups - nine top bureaucrats, including ones from the ministries of coal, power, oil and mines. They were asked to come up with policy proposals to promote energy security and the environment.

Under Modi, Coal India's production growth rate has nearly doubled, marking one of the administration's biggest successes. Fuel shortages for power plants have turned into oversupply.

Coal India wants to spend billions of dollars in the next few years to buy equipment and modernise mines. Miners still commonly use shovels and picks to dig for coal underground.

The company also plans to stop filling most vacancies arising from retirements over the next three years, and outsource more mining to private companies.

Coal India unit Mahanadi Coalfields pioneered outsourcing of mining work a few years ago and is now the company's biggest producer and fastest-growing unit. Contractors carry out about 90 percent of the unit's mining.

Coal India is a holding company with seven producing units and a planning and consultancy firm. The producing units have their own administrative set-up led by a chairman, so breaking them up to run as individual companies may not be difficult, analysts said.