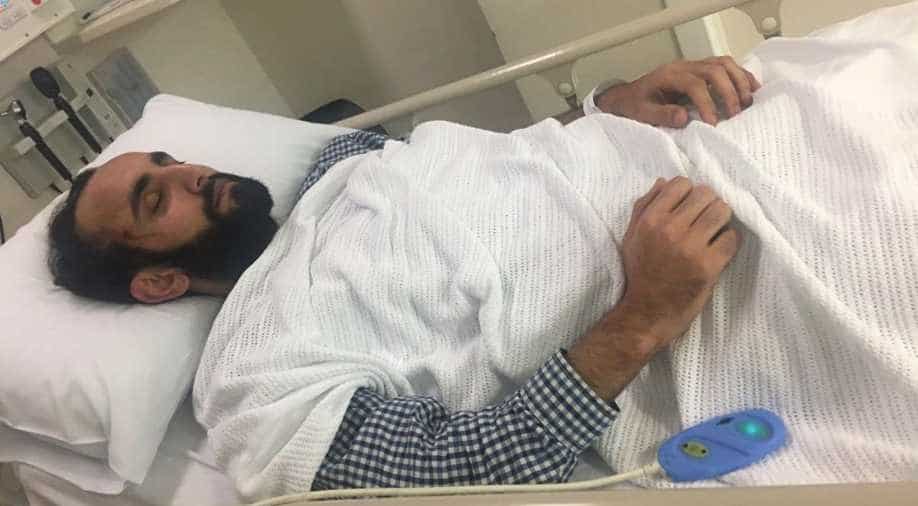 The victim has alleged that the police have not registered the seriousness of the matter and have not checked the CCTV footages from the drive-thru. Photograph:( ANI )

An Indian cab driver was hospitalised on Monday after following prey to a racist attack in Tasmania's Sandy Bay.

The cab driver, who says he was not allowed to disclose his name due to legal proceedings, told ANI he was racially and
physically abused by a couple while driving them to a McDonalds drive-thru. The incident occurred at 10:30 pm.

The victim was admitted in the hospital overnight due to his injuries.

The female passenger reportedly kept opening the door to throw up despite requests to close it to avoid a possible collision.

After his repeated objections, the couple started hurling profanities and racial slurs, the driver said.

The couple then de-boarded the taxi and started damaging the vehicle by repeatedly kicking it, he added.

The driver said he filmed their violence even as the female co-passenger hurled racial slurs at him, calling him a "bloody Indian."

He says the male passenger subsequently punched him from behind, and pushed him to the ground. He was repeatedly kicked and punched on the ground and called, "You f****** Indian, you deserve it."

A few people subsequently came to his rescue, as police and ambulance reached the spot, the cab driver said.

He has alleged that the police have not registered the seriousness of the matter and have not checked CCTV footages from the drive-thru. Another witness has come forward to testify on behalf of the cab driver and has presented a video footage of the incident.