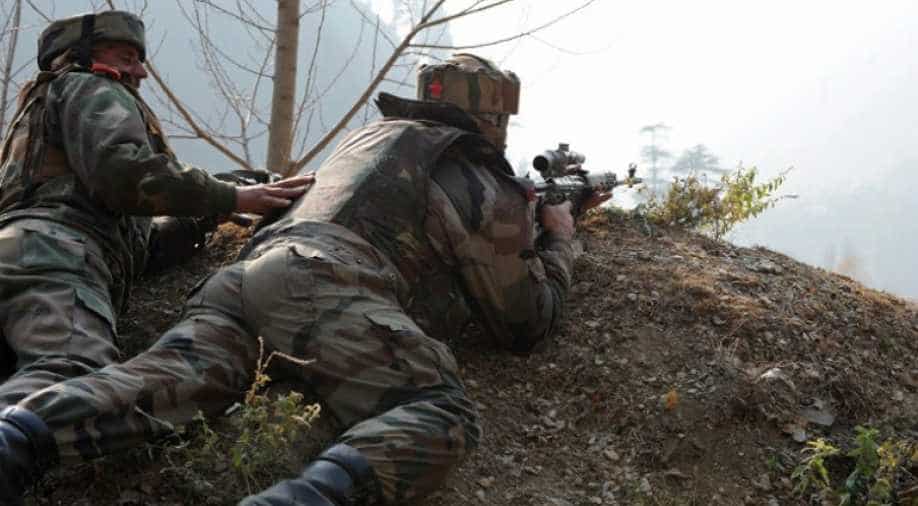 India and Pakistan have accused each other of violating the ceasefire multiple times since September. Photograph:( AFP )

The Indian Army has dismissed Pakistan's claim that 14 of its soldiers were killed by the Pakistan Army on November 14.

No fatal casualties due to Pak firing on 14,15 or 16 Nov. Pak Army Chief claim of killing Indian soldiers on 14 Nov false.@adgpi

Pakistan daily Dawn reported that Pakistan army chief, Raheel Sharif as saying that 14 Indian soldiers were killed after the Pakistan Army "responded to unprovoked firing" by the Indian forces. Pakistan had said seven of its soldiers were killed in the ceasefire violation by India in the Bhimber sector of the Line of Control on November 14.

“The Indian army should man up and accept their losses,” Raheel Sharif was quoted as saying by Dawn.

The Indian Army had, however, alleged that the ceasefire violation was initiated by Pakistan.

Relations between the two countries deteriorated in September ever since Pakistani terrorists attacked an army post in Kashmir's Uri that claimed the lives of 19 soldiers. India retaliated with "surgical strikes" against terrorist launchpads across the LoC the same month.

Both countries have accused each other of violating the ceasefire multiple times ever since. India alleges there have been more that 60 ceasefire violations by Pakistani troops in Jammu and Kashmir since the strikes.