India: Who will inherit Jayalalithaa's wealth? 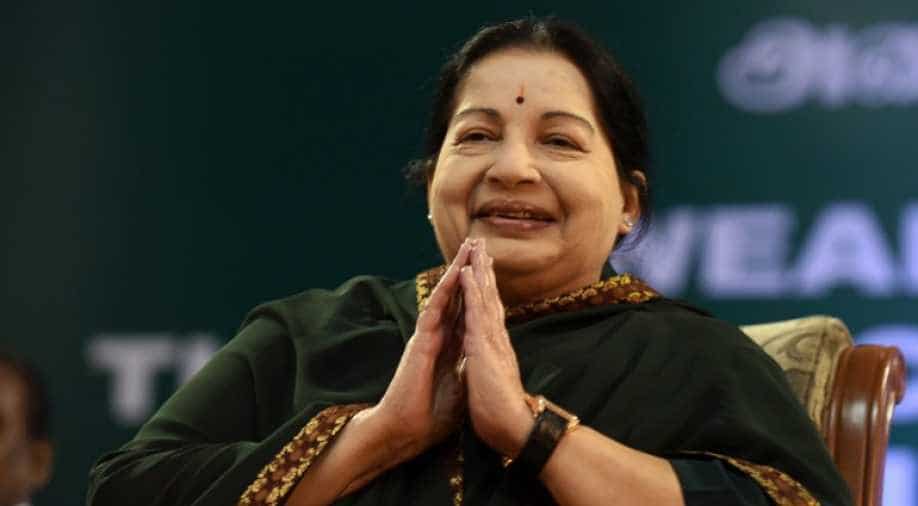 Jaya never married, her parents are dead, and she has disowned her adopted son. It is also said that she has not left a will. Photograph:( AFP )

A day after the body of Jayalalithaa was laid to rest, the question that crops up is: who will inherit her property, especially her coveted Poes Garden residence in the heart of Chennai?

Her assets total over Rs 120 crore, according to the affidavit before the Election Commission (EC).

Jaya never married, her parents are dead, and she disowned her adopted son. It is also said that she has left no will, so what happens to her properties and income?

The Poes Garden residence is worth 43.96 crore rupees, and is occupied by Jaya's aide Sasikala Natarajan, whom Jaya once described as a "sister". The house has also been shown as the address of several enterprises which Sasikala launched with some of her relatives; some of them even have investments by Jaya herself.

If there is no will left behind by Jaya to specify who gets what, one must turn to the law.

Under the Hindu Succession Act, 1956, which applies in this case, there are processes under which Classes and Schedules are created to divide assets between heirs.

According to legal experts who do not wish to be quoted, the "intestate" rules will apply with respect to Jaya's properties and assets. Under the intestate rules, the first set of Class for inheritance doesn't apply as she does not have a spouse, children or parents. The next set of Class is laid down according to which the next set of relatives could inherit some of the assets based on whether are they are heirs of her father or her mother.

In this case, only two relatives of Jaya have been seen recently. The son and daughter of Jaya's brother, Deepak and Deepa, could stake claim to her assets. Deepa was turned away from the Apollo Hospitals when she tried to meet her ailing aunt there.

But Deepak may have a chance. What has come as a surprise is the way he was allowed to assist Sasikala in performing the last rites on the Marina. The Sasikala family, which had kept away Jaya's relatives for more than three decades, suddenly brought him into the picture, perhaps as a bid to retain Jaya's assets. If Deepak has a legitimate claim to the property, he could become a front for the family to continue to use the properties and income from various commercial buildings.

There are two other questions: will Sasikala produce a will signed by Jaya, making her the owner of all assets? Since most of the assets are self-acquired by Jaya, she would be free to give them away to anyone of her choice, without any strong legal challenge. If there is no will, the 'Deepak' card may be enough.

Does Sudharakan, the former adopted son, have a legal document in his favour? Legal experts say it is unlikely that Jaya made a written declaration stating that he was her adopted son. Therefore, disowning him would be easy. If Jaya gave it to him in writing, and did not amend it later through a will or a subsequent declaration, Sudhakaran could spring a surprise.

If Sasikala cannot produce a will and if Sudhakaran does not have clear documentation in his favour, the intestate rules will apply, bringing into focus the relatives of Jaya. That could mark the beginning of an ugly and protracted legal battle, even within the Jaya family. For now though, Sasikala may have the upper hand, with Jaya's nephew, Deepak, in tow, and the full weight of the state government behind her.