India to build 50,000 houses for earthquake victims in Nepal 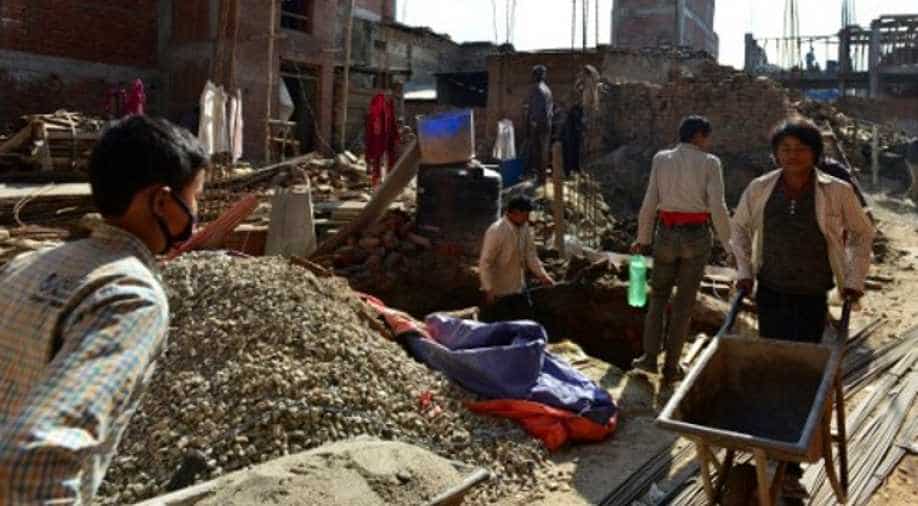 In this photograph taken on December 20 2016, Nepalese labourers works on the reconstruction of a house at Bhaktapur on the outskirts of Kathmandu. Photograph:( Reuters )

The Government of India (GoI) which made a commitment of $100 million in the grant for the reconstruction in earthquake-ravaged Nepal is set to build 50,000 houses in Gorkha and Nuwakot districts of the country respectively.

"The Government of India had committed post-earthquake reconstruction package of USD 100 million in the grant to support the reconstruction of 50,000 private houses in Gorkha and Nuwakot districts in Nepal," the advisory from the Reconstruction Wing, Embassy of India said in a statement.

"The implementation modalities for the earthquake housing reconstruction project, signed in August 2017, stipulated the appointment of a consultant to provide socio-technical facilitation to the 50,000 GoI supported housing beneficiaries in Gorkha and Nuwakot to enable them to reconstruct their houses as per owner driven modality," the advisory added.

In accordance with the modality, the Indian government is appointing UNDP and UNOPS for the facilitation. The identified house owners in Gorkha and Nuwakot districts of Nepal will be benefitted from the project.

The earthquake of April 2015 created havoc in Nepal which took the lives of about 10,000 people and injured more than 20,000 others. Gorkha and the Nuwakot were the districts which had the highest death tolls and were enlisted as "Crisis Hit".

Around 2.5 lakh buildings have been completely destroyed in Nepal due to the powerful temblor that flattened houses and uprooted electric poles and trees beside killing over 6,300 people.