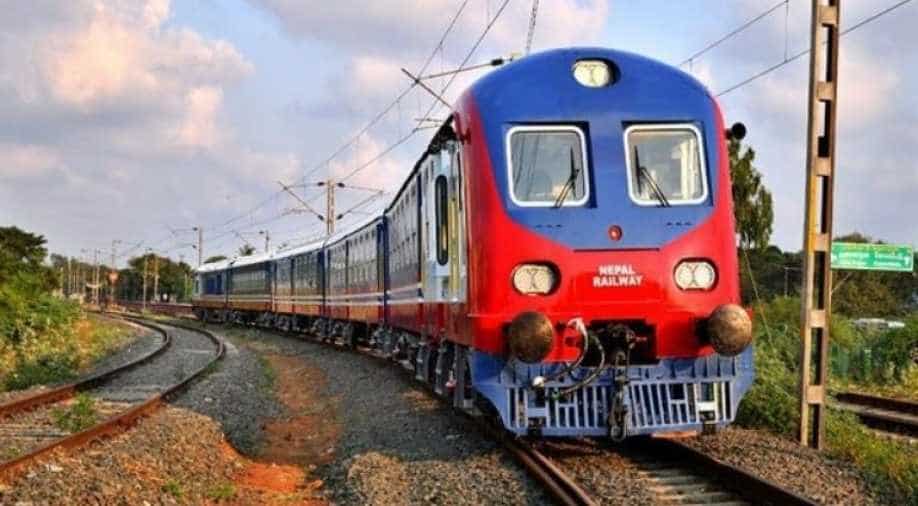 Nepal on Friday started the trial of its first broad-gauge railway service after procuring railway engines, coaches from India.

After reamining halted for a period of six years because of a lack of upgrade, the previous narrow-gauge, now a broad gauge is expected to come into operation after Dashain-Tihar.

With its operation, the first trans-border railway connection between India and Nepal will be established again.

"Konkan Railway is happy and privileged to deliver two modern DEMU train sets to Nepal Railways today," it said in a statement.

The Konkan Railway Corporation Ltd had signed a contract agreement on May 10 last year with Nepal`s Department of Railways for supply of two 1600HP DEMU train sets.

Nepal's railway department has procured the rail engines and coaches from Kokan India for 84 crore 65 lakh Nepali rupees operated using diesel and electricity, each set has 5 bogies (coaches). Out of them one is an AC coach while three are general bogies.

One of the set's engine has been designed with the capacity to accommodate passengers. Combining the 5 bogies, it bears the capacity of 1300 passengers at a time.

It would revive the earlier Janakpur-Jaynagar railways connection between India and Nepal. Further work of extending railways track from Kurtha to Bijalapur of Mahottari measuring 17 Kilometers is underway.

The 34-km-long Jayanagar-Kurtha Railway Link has been built by IRCON with a financial grant from the Indian government under the India-Nepal Development Partnership programme.

The railway is likely to come into operation after Dashain and Tihar festivals.