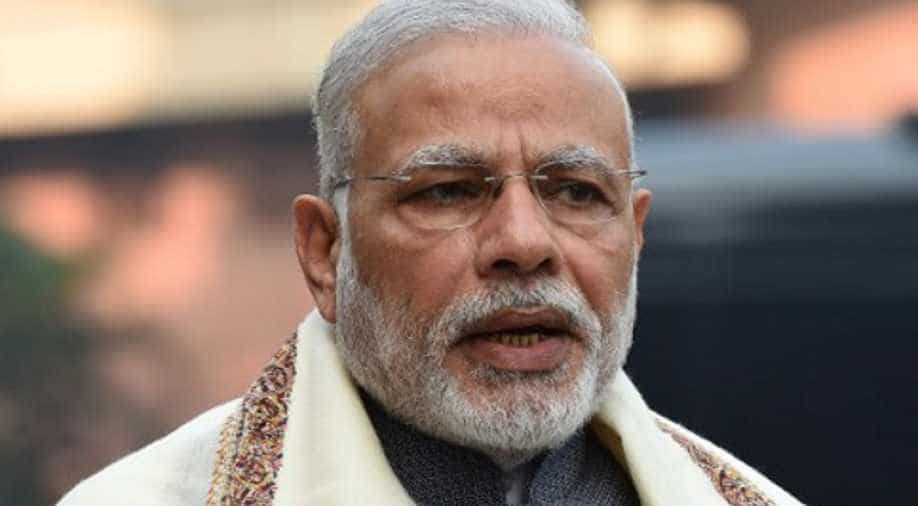 India Prime Minister Narendra Modi speaks to media as he arrives for the Budget session of Parliament in New Delhi on January 31, 2017. Photograph:( AFP )

Indian Prime Minister Narendra Modi on Saturday launched a scathing attack on Opposition parties in the state of Uttar Pradesh saying that even if he wants development in UP, there are governments here that will create obstacles.

Addressing his first rally in Meerut ahead of the first phase of the UP assembly polls, Modi said, "What is the state of Meerut? Is there a guarantee that a common man will return home alive every evening? Even if I want development in UP, there are governments here that will create obstacles."

Modi also said that if they have a state government that creates obstacles then the development works will get stalled in Lucknow. "Nothing will reach people," he said.

The Prime Minister also attacked the Congress saying, "Those who have been rejected by the people, how can they talk about saving the state?"

"We are willing to do everything for the growth of UP. To change the fortunes of UP, change the government in the state," he appealed to voters.