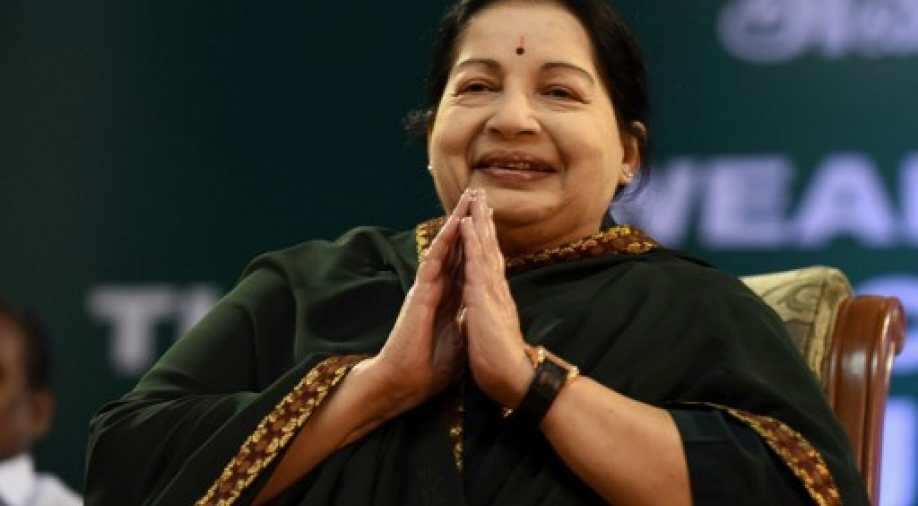 'Sasikala's family is claiming that Jayalalithaa (pictured) was working based on their ideas, this is false. There are many rumours being spread just to defame me, and people don't know the reality,' said Deepa. Photograph:( AFP )

Speaking to the media, Deepa Jayakumar said, "I have two options— to join AIADMK or to float a new party. I will discuss with my supporters before making a decision."

She also said that she cannot accept anyone else in Jayalalithaa's erstwhile position.

Jayalalithaa was the erstwhile general secretary of the AIADMK, a position now occupied by Jayalalithaa's one-time aide and confidant Sasikala Natarajan.

"Sasikala's family is claiming that Jayalalithaa was working based on their ideas, this is false. There are many rumours being spread just to defame me, and people don't know the reality," she added.

Earlier this month, Deepa had hinted at her entry into politics, saying it cannot be stopped.

"My entry into politics cannot be stopped," she told supporters who had gathered at her Thyagaraya Nagar residence.

Supporters had thronged her residence, urging her to enter politics and carry forward the work of her late aunt Jayalalithaa.

Deepa is the daughter of Jayalalithaa's only brother late Jayakumar.

She caught the media's attention recently when she alleged that she was not allowed to meet Jayalalithaa while the late AIADMK supremo was hospitalised for 75 days before she passed away on December 5 last year.