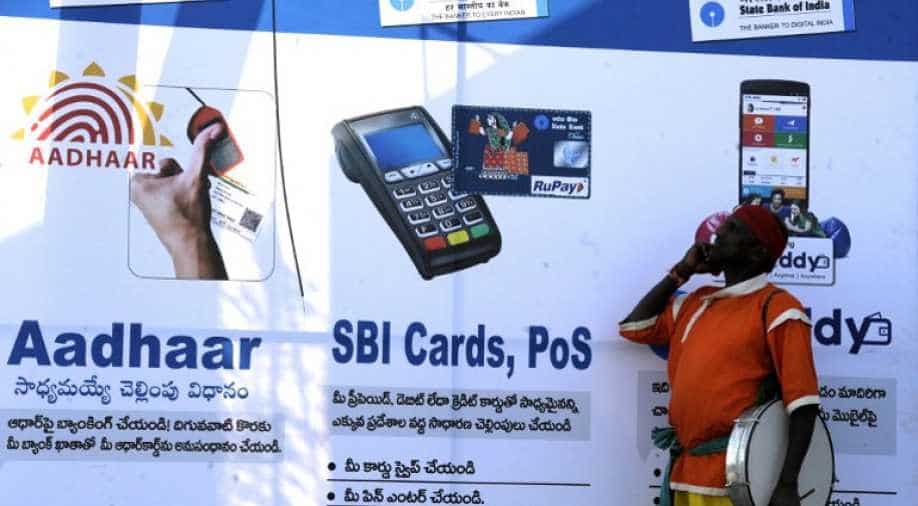 "In a few years, the mindset of the common masses would have a drastic change to adopt the digital technologies," Minister of State in the Prime Minister's Office Jitendra Singh said. Photograph:( AFP )

Minister of State in the Prime Minister's Office Jitendra Singh has said the Union Government is contemplating to merge Jan Dhan, Aadhar and smartphones for boosting the country's economy and for easy transfer of money.

"In a few years, the mindset of the common masses would have a drastic change to adopt the digital technologies," he said while speaking on the occasion of a Digi Dhan mela, a Government of India initiative, aimed at incentivising digitally enabled transformation in the country following the recent demonetisation drive.

Singh emphasised the need for digitisation in the country for easy transfer of money. Digitisation will pave the way for a new revolution in which paper currency will be replaced by digital transactions thus proving beneficial to curb black money, he added.

Minister of State for finance Arjun Ram Meghwal, who was also present on the occasion, said the menace of the shadow economy will be curbed by the adoption of digitisation in the country.

At the event, a huge public participation was seen thronging different stalls put up by various banks, telecom companies, Aadhar and different departments of the state government to gather first-hand information about various digital schemes of the Government of India.