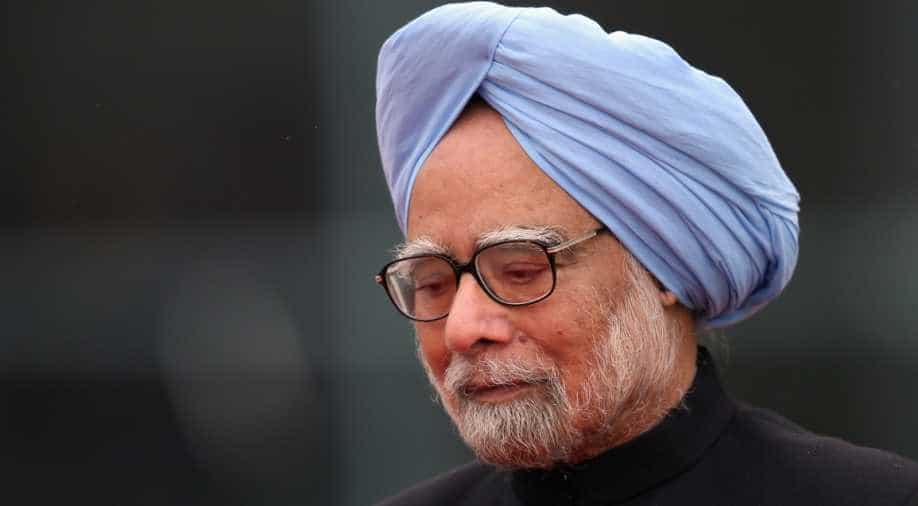 Manmohan Singh is the head of the Punjab manifesto committee. The former prime minister had kept a low profile post the 2014 Lok Sabha debacle barring a couple of interventions, including the one he made during the Rajya Sabha debate on demonetisation.

The Congress campaign in 2009 for Lok Sabha (Indian parliament's lower house) had revolved around Singh with the tagline of 'Singh is King'. It has still not been decided whether the former PM will only make a suo motto statement or lend himself to the function which intends to take on the Badals and Delhi ruling Aam Aadmi Party.

The Congress manifesto will focus on 33 per cent reservation for women in jobs and educational institutions, loan waiver for farmers and focus on employment generation in Punjab. The manifesto will also have a subset of green manifesto with schemes for green technologies.

It will also commit itself to finishing VVIP culture in Punjab. The manifesto will pledge itself to ending VVIP culture by ensuring nonpreferential treatment to any office holder. The manifesto uses the word 'sevabhav' (service mentality) to encapsulate the ethic of work which shall prevail if it comes back to power. It is not without significance that even Prime Minister Narendra Modi used the word 'Pradhan Sevak' (chief servant) to describe his work and office for the people of the country.

The manifesto will also take a strong but controversial position on water as the manifesto will state 'Punjab da pani, Punjab de vaste', which roughly translates as 'Punjab’s water only for Punjab'. The manifesto includes the concept of ex-servicemen as the guardians of governance at grassroots. This is important in the wake of One Rank One Pension leaders campaigning for the Congress in the Punjab and Uttarakhand elections.

The manifesto will also target the first family of Punjab, the Badals, for fiscal duress. It will say that the state’s wealth is being misused as personal wealth by the current political dispensation and that Congress will put an end to it.

The manifesto will go into the details of agriculture and industry which is over 100 pages long. It will also focus on the all-pervasive drug problem in Punjab.

The manifesto will also make the tall promise of eradicating drug problem in Punjab within four weeks.