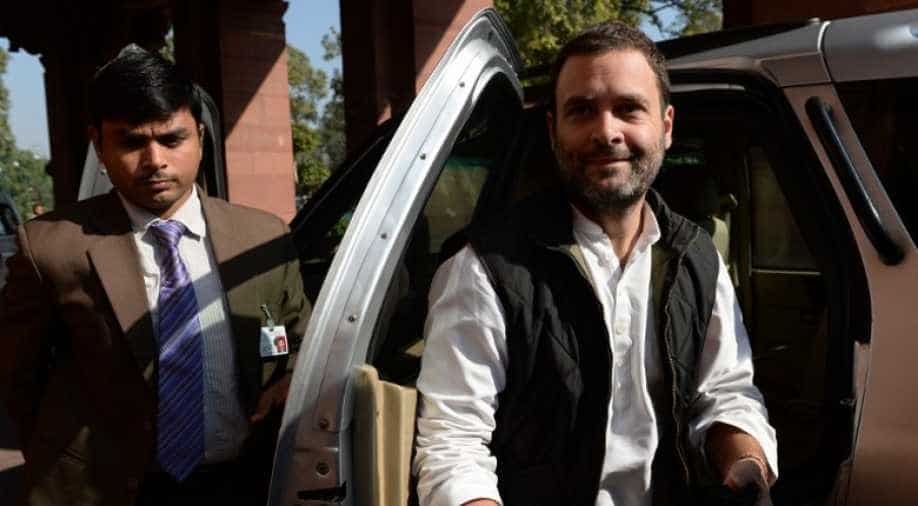 When asked about the disruption in Parliament, Rahul said the responsibility of running the house is with the government and the Speaker, not the Opposition.? Photograph:( AFP )

"The assessment is that it is a disaster. It has devastated the poor, farmers and daily wage workers. We want to have a discussion. We want a vote, government doesn't. How can it be a bold decision? It is a foolish decision taken without any due consideration," ANI reported him as saying.

He also added that Prime Minister Modi has changed "his narrative" with regards to demonetisation. "Prime Minister Modi started by saying it is against black money, now the talk of black money is vanished. Then, he went to terrorism. After the terrorists were caught with the new notes, he went to counterfeit currency and later cashless economy. So, basically he is running."

"PM Modi is running away, if he comes to the House for a debate, we won't let him run. He (PM Modi) is laughing, having a nice time while the people of the country are suffering. The idea behind a cashless economy is that a few people must get maximum benefits from these transactions, this has damaged the nation,"  ANI reported him as saying.

Parliament has been unable to function because of the uproar over demonetisation.

When asked about it, Rahul said it is the government's responsibility to run Parliament.

He added, "If I am allowed to speak in the Lok Sabha, I will show to all how Paytm means 'Pay to Modi'."

The government hit back at the Congress saying it was supporting black money hoarders.